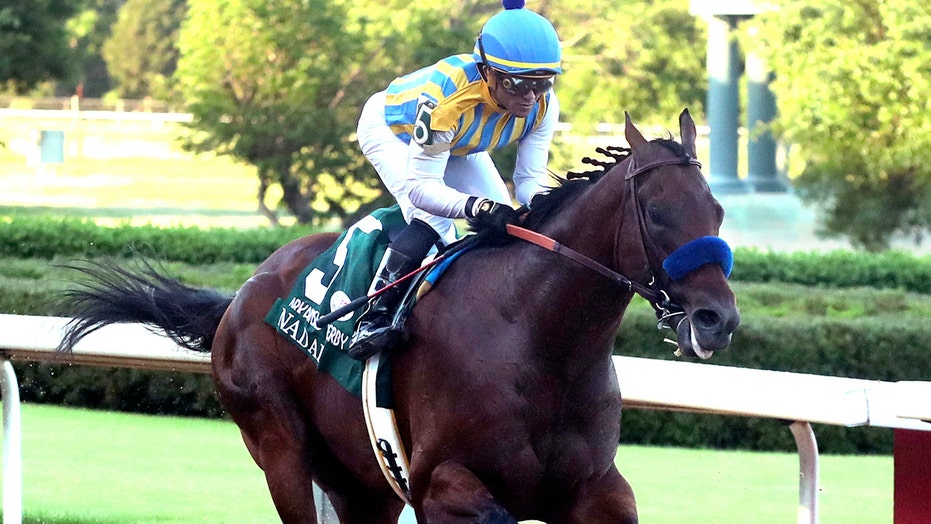 Charlatan romped to victory by six lengths in the first division of the Arkansas Derby and Nadal won the second division by three lengths, giving Hall of Fame trainer Bob Baffert a sweep Saturday when the Kentucky Derby was postponed.

The 146th Derby usually would have dominated the first Saturday in May, but it was pushed back to Sept. 5 by the coronavirus pandemic. Instead, 20 3-year-olds ran in two divisions of the Arkansas Derby at Oaklawn, each worth $500,000. Each race was worth 170 qualifying points for the Kentucky Derby, including 100 to the winners. It was the first time since 1960 that the race was split.

No fans were allowed because of the pandemic on a day that would have been the biggest of the season at Oaklawn.

Charlatan improved to 3-0 after not racing at age 2. His first two wins by a combined 16 lengths came at Santa Anita, where the colt is based. He broke from the No. 1 post in the 1 1/8-mile race under Martin Garcia, who was replacing Drayden Van Dyke for the race. Charlatan was timed in 1:48.49 and paid $2.80 to win.

“He did in all within himself,” Garcia said. "I felt someone coming at the three-eighths (pole) and I let him go. He just took off. That’s a sign of a really good horse.”

Basin finished second and Gouverneur Morris was another neck back in third. Winning Impression finished fourth.

It was Baffert's third win in the Arkansas Derby.

“I thought both horses were going to run really well," Baffert said. “Charlatan, what a talent he is and how fast he is. Nadal, he's a tough horse. There’s a lot to him and he’s a cool customer, and I could see he’s getting better and better.”

The race was supposed to be on April 11, but Oaklawn reworked its stakes schedule to run it on closing day Saturday and split it into divisions because of the large number of horses that were entered.