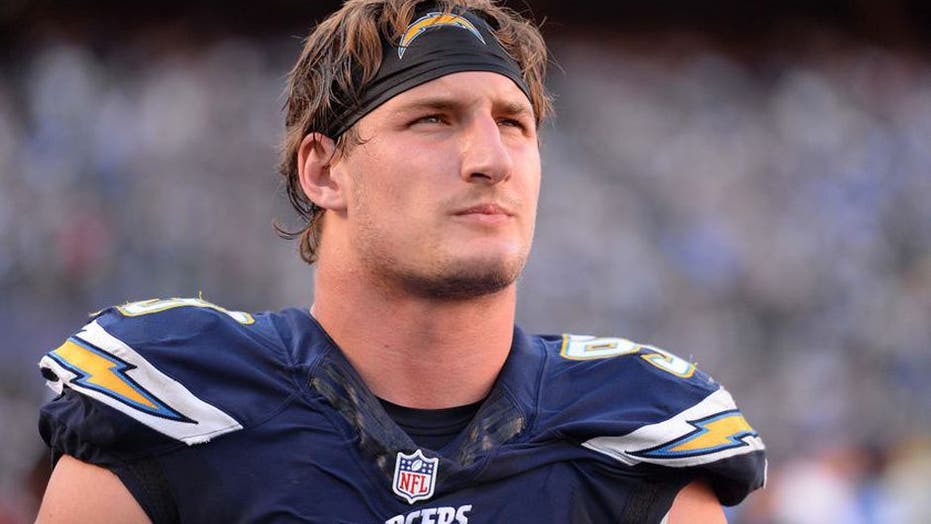 The Los Angeles Chargers on Tuesday unveiled new uniforms for the 2020 season and beyond.

The Chargers will revive their classic powder blue jerseys for home games at the new SoFi Stadium, which they will be sharing with the Los Angeles Rams. The team also will have numbers on the helmets of each player. An alternate home uniform will have bright yellow pants.

The team’s away uniform will feature white jerseys. One version will have yellow pants and the other will have white pants. The Chargers will have two color rush jerseys – a royal blue and a navy blue.

The Chargers unveiled the fresh look on NFL Network’s “Good Morning Football.” A video was released on Twitter to accompany the reveal.

“Taking inspiration from the subtle curvature of the bolt, we analyzed the ratios underpinning the logo in an effort to craft...,” the voiceover says. “Nah, who cares. All you need to know is we took the best and made it better.”

Chargers player Derwin James was among those who praised the new look.

Los Angeles will be entering a new era in 2020. The team will be without Phillip Rivers for the first time in several years and will either have Tyrod Taylor as its starting quarterback or a young rookie they take in the draft.

The Chargers have the No. 6 overall pick of the upcoming draft.