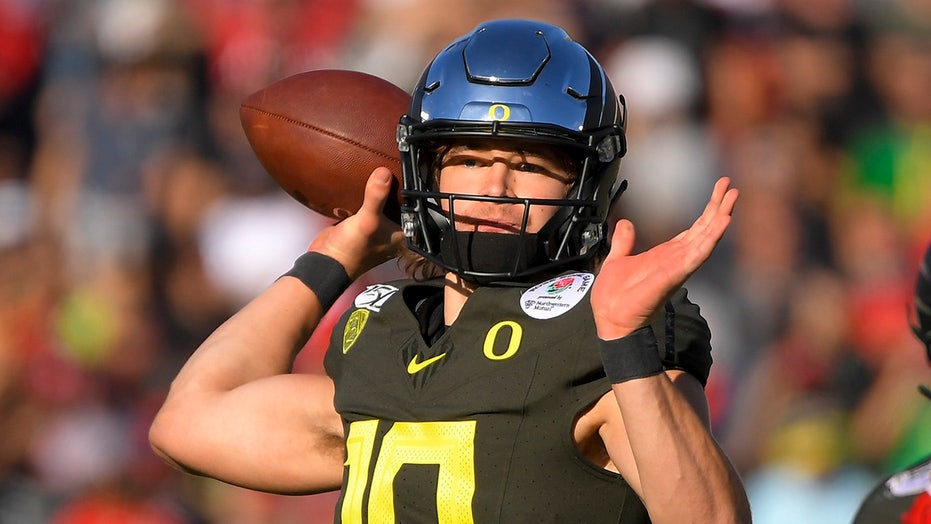 The Los Angeles Chargers selected quarterback Justin Herbert with the No. 6 pick of the 2020 NFL Draft on Thursday night.

Herbert starred at Oregon and may have gone No. 1 or 2 last year if he had come out early. However, Herbert stayed one more season and was drafted in the top 10.

JUSTIN HERBERT: 5 THINGS TO KNOW ABOUT THE 2020 NFL DRAFT PROSPECT

In his senior season, Herbert threw for 3,471 yards, 32 touchdown passes and only six interceptions. He finished his career with 10,541 passing yards and 95 touchdown passes.

Herbert became the first Oregon quarterback since 1983 to start for the Ducks as a true freshman. In seven starts, he finished third in the Pac-12 with a 148.7 passer rating, and he accounted for 21 total touchdowns (19 passing, 2 rushing). Herbert also completed 63.5 percent of his passes for 1,936 yards.

He now gets to compete for a starting quarterback spot with Chargers quarterback Tyrod Taylor. Both players will be looking to fill the big shoes left by Phillip Rivers.

Rivers had been on the team since 2004 but he and the Chargers decided to mutually part ways.

Herbert will have the chance to throw to players like Keenan Allen and Mike Williams if he becomes the starter.