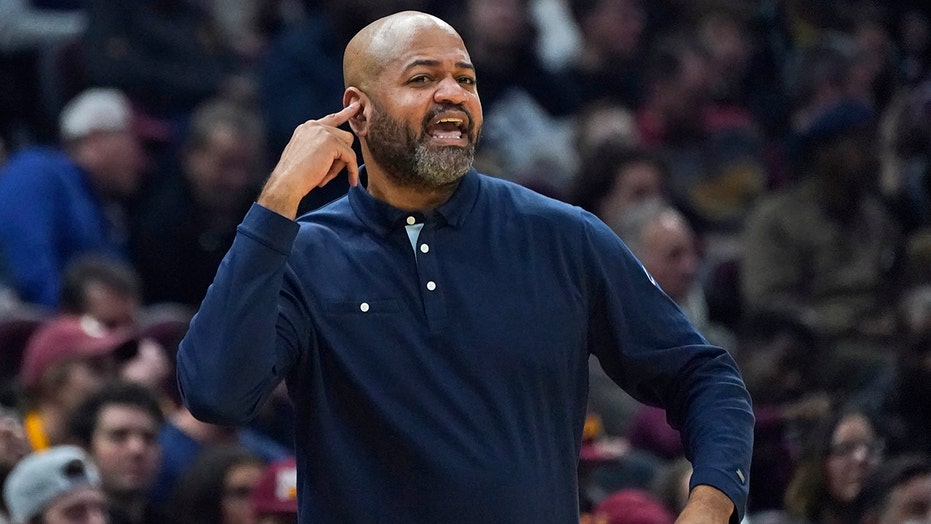 Cavaliers coach J.B. Bickerstaff has received a multiyear contract extension for his role in the team's dramatic turnaround.

Cleveland announced Bickerstaff's signing on Saturday. Terms of the deal were not released.

ESPN reported Bickerstaff is under contract through the 2026-27 season.

After winning just 22 games last season, the Cavs are 19-13 and fifth in the Eastern Conference. They recently won six straight games, but were hit with a COVID-19 outbreak and had to place eight players in health protocols.

The affable 42-year-old Bickerstaff took over when John Beilein walked away midway through the 2019 season. Prior to coaching in Cleveland, Bickerstaff was an interim coach in Houston and Memphis.

The Cavs won only 19 games in Bickerstaff's abbreviated first season, but were showing great promise before the season was interrupted by the COVID-19 pandemic. Cleveland was ravaged by injuries last season, and finished 22-50.

Expectations were low heading into this season, but the arrival of rookie forward Evan Mobley, the No. 3 overall draft pick, and veteran guard Ricky Rubio have been huge factors in the Cavs' rise.

"J.B. Bickerstaff is, with all certainty, the right head coach to lead this franchise into what we believe is a very promising future," general manager Koby Altman said. "The decision to extend J.B. is not based solely on the early success of this season, but rather a body of work since his arrival to Cleveland."

With one of the NBA's youngest rosters, the Cavs have been a major surprise this season despite playing a demanding schedule. They've won 12 times against teams with winning records, and 14 wins have been by at least 10 points.

Cleveland's defense has improved dramatically under Bickerstaff. The Cavs have the league's third-best defensive rating and are second to Golden State in points allowed.

The Cavs host the Toronto Raptors on Sunday night.