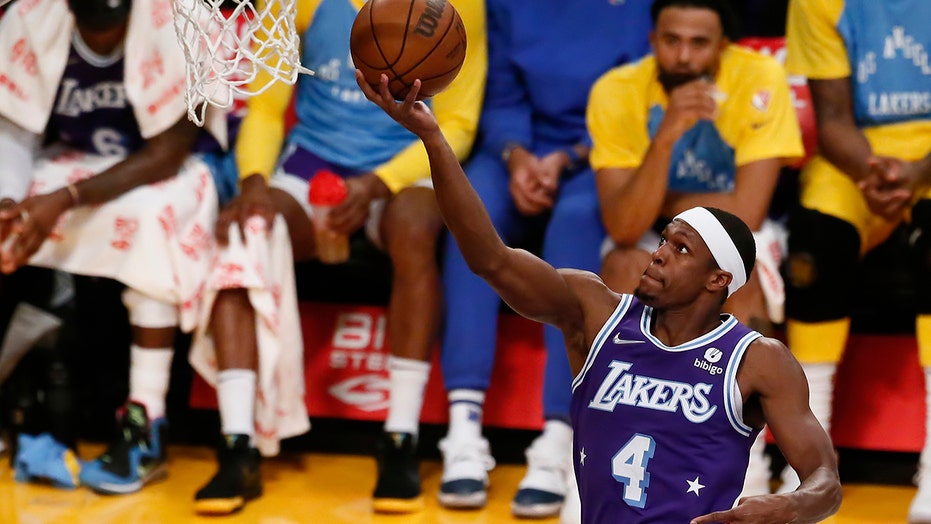 The Cavaliers have agreed to acquire veteran guard Rajon Rondo in a trade with the Los Angeles Lakers for guard Denzel Valentine, a person familiar with the negotiations told The Associated Press on Friday.

The Cavs needed an experienced guard to help continue their strong start after losing Ricky Rubio to a season-ending knee injury. They'll add Rondo once the deal is approved by the NBA, said the person who spoke on condition of anonymity because the teams have not yet had the required conference call with the league.

A four-time All-Star, the 35-year-old Rondo averaged 3.1 points and 3.7 assists coming off the bench for the Lakers. It was his second stint with Los Angeles. He's been in league health and safety protocols and will need to be cleared before joining the Cavs.

Valentine averaged just 9.3 minutes for the Cavs, who have been one of the league's most improved teams this season. The 28-year-old signed a two-year deal with Cleveland in September.

The Cavs were forced to find backcourt help after Rubio, who had a major hand in the team's surprising turnaround, tore his left anterior cruciate ligament on Wednesday night in New Orleans.

Rubio was an invaluable leader and mentor for Cleveland's young players. He also played at a high level as Darius Garland's backup.

The Cavs are hoping Rondo can give them many of the same attributes and keep their season headed in the right direction.