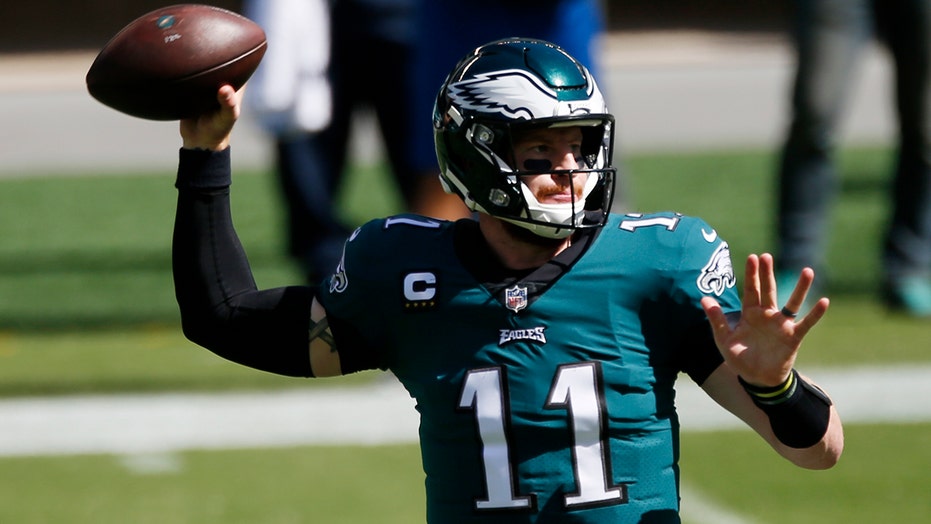 Carson Wentz was still hearing the boo birds even as fans were unable to pack Lincoln Financial Field for the Philadelphia Eagles’ home-opener against the Los Angeles Rams.

Wentz was 26-for-43 for 242 yards. He threw two interceptions and boos could be heard on the broadcast from the non-existent fans.

The quarterback had a tough game no doubt. Eagles fans were ready to put in rookie quarterback Jalen Hurts in for Wentz during the game as they were getting fed up with the former No. 2 overall pick’s performance. Hurts was being used in some offensive packages.

“Turnovers are killing us,” Wentz said after the game. “I gotta protect the football.”

Jared Goff, who was picked ahead of Wentz in the 2016 draft, was 20-for-27 with 267 yards and had three touchdown passes – all to Tyler Higbee. Troy Hill and Darious Williams were responsible for the interceptions.