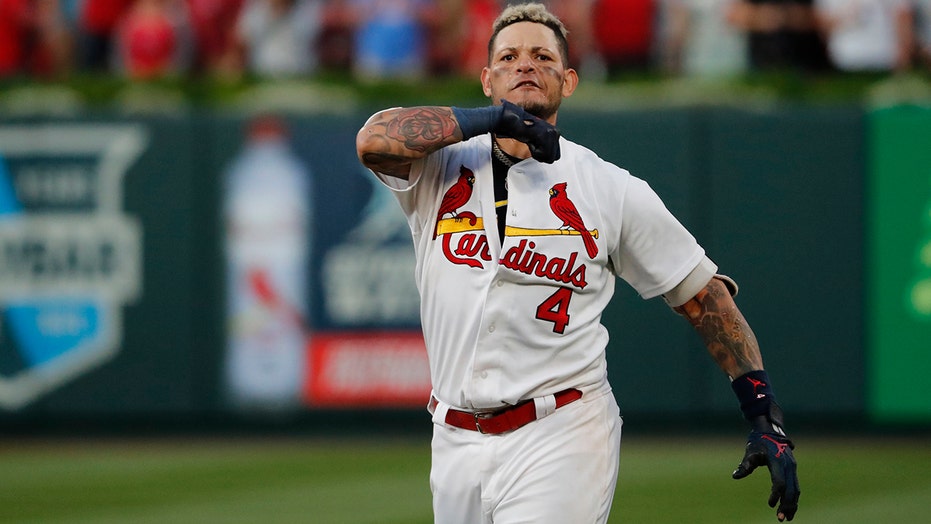 St. Louis Cardinals catcher Yadier Molina made a throat-slashing gesture after delivering the game-winner in Game 4 of the National League Division Series against the Atlanta Braves.

Molina’s game-winning sacrifice fly in the 10th inning lifted the Cardinals over the Braves to send the series into a Game 5. As he was walking off the field, Molina was seen making the gesture and looking directly into the Braves dugout as he did it.

The veteran apparently made the gesture in response to a similar gesture made by Braves outfielder Ronald Acuna Jr. after the Braves defeated the Cardinals in Game 3.

While some on social media called for Molina to be suspended for the final game of the series for the gesture, it didn’t appear that any discipline was near for the player.

Molina finished 1-for-4 with two RBIs – the other coming in the bottom of the eighth to tie the game at four. Marcell Ozuna and Paul Goldschmidt contributed with RBIs as well.

Game 5 between the two teams will take place in Atlanta on Wednesday.

The Cardinals send Jack Flaherty to the mound to face Mike Foltynewicz.