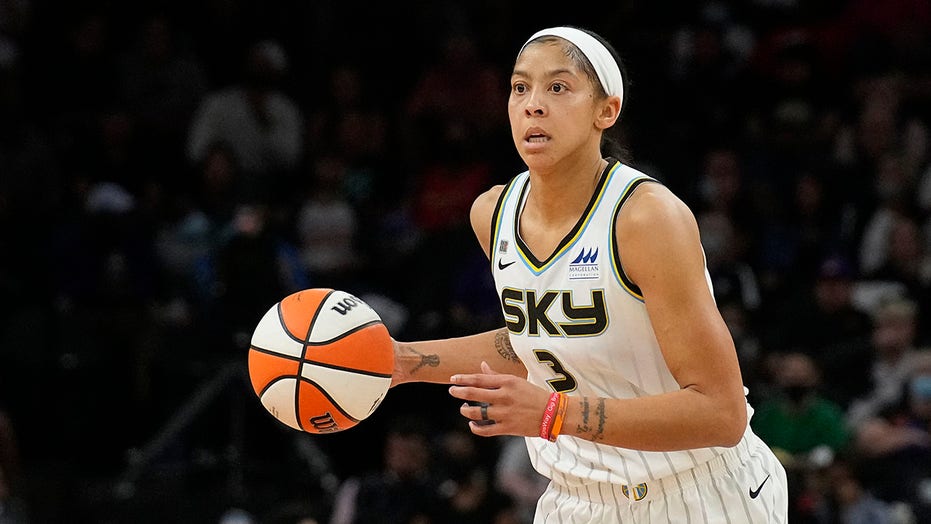 Candace Parker wrestled with the decision to make a huge change in her life and leave Los Angeles — where she had played her entire WNBA career — and head home to Chicago.

In the end, the appeal of a homecoming was too much for Parker to ignore, and it couldn't have worked out better.

The 35-year-old Parker staved off Father Time to help the Chicago Sky win the franchise's first WNBA championship and capped off 2021 by being named The Associated Press' Female Athlete of the Year for a second time.

"There was something about going to where you started playing the game," Parker said in a phone interview. "It’s exciting to play in front of the people who first saw me pick up a basketball. To win at home, I'm just now recognizing it a little bit. How special that really is. Something that is top on my list."

It's a list that keeps the working mom and basketball analyst for TNT pretty busy. Parker is finally beginning to appreciate bringing a title to her hometown in the twilight of her career.

As the final seconds ticked off the clock in the WNBA Finals, Parker sprinted to the corner of the court where she hugged family and friends, celebrating becoming one of the rare elite athletes to return home and win a championship.

It was a long shot ending not many saw coming when Parker made the move. Winning it all seemed an even more remote possibility at the start of the WNBA season when the Sky lost seven of their first nine games. Parker was sidelined with an ankle injury, but when she returned, Chicago started winning and earned a No. 6 seed in the playoffs.

"I’m really thankful for those who made my journey and the people who supported me making it as smooth as possible. My daughter, my wife, my immediate family, we rolled with it. We wanted it," she said. "Things are going to get hard, but stick with it."

It is an approach to life that made Parker second-guess her decision.

Parker was concerned that she would be viewed as a quitter by leaving Los Angeles. This despite being named the AP award winner her rookie year with the Sparks in 2008, when she was honored as the WNBA’s MVP and top rookie. She also guided the Sparks to the championship in 2016 and is one of 14 players to have won a college, WNBA and Olympic title. She played college ball at Tennessee, where she won two titles.

"I’m a big believer when you start something you finish it. When you say something, you do it. I’m not perfect, as I do say stuff and don’t follow through," said Parker, a two-time Olympic gold medalist. "My parents taught me don’t quit. I wanted to finish my career in LA, but I also finished my contract, I committed to that amount of time. I didn’t ask to be traded. The better opportunity for me and my family was to go back home."

The 13 years since her first AP athlete of the year honors ties Parker with Babe Didrikson Zaharias for the longest time between winning in the 80-year history of the award. The award was voted on by a panel of sports editors. Parker received 11 first-place votes, edging out swimmer Katie Ledecky and gymnast Simone Biles.

"You couldn’t write a better story than the one of Candace Parker bringing the WNBA championship to her hometown in her first season with the Chicago Sky," WNBA Commissioner Cathy Engelbert said. "On top of her accomplishments on the court and in the studio, she has continued to be a leader and role model to many, including working moms around the world. The WNBA is proud to have players like Candace who continually raise the bar and elevate the game and our league to the highest level."

Parker is the only WNBA player to win the AP Female Athlete of the Year award. She hopes that changes soon as the league continues to get more national exposure.

"The more visibility we get as a league, which seems like it is coming, the more we’ll see," Parker said. "If you see it, see ... more and more talented players ... that are capable and deserving. This next wave of athletes that are able to have their career followed from the time it starts till the end are going to change the face of the WNBA."