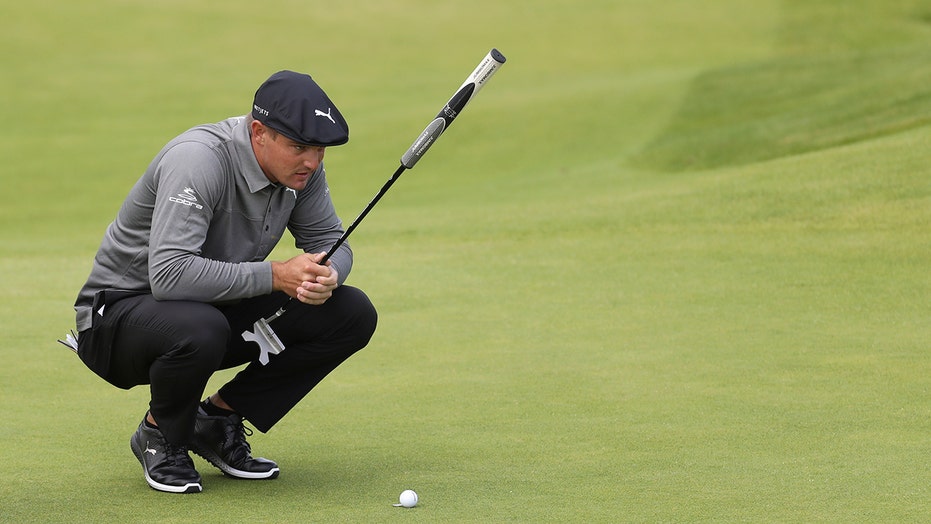 Golfer Bryson DeChambeau was heavily criticized over the weekend by fellow golfers for his slow pace of play, prompting the PGA Tour to investigate its own policy.

A video of DeChambeau that surfaced on social media Friday showed him taking more than two minutes to complete an 8-foot putt on the eighth hole of The Northern Trust tournament.

Several players slammed DeChambeau for his pace of play and the tour itself for not enacting harsher rules for slow play. DeChambeau defended the amount of time he spent on the hole, saying it looked different from what the greens book indicated. He also addressed the social media firestorm.

“When people start talking to me about slow play and how I'm killing the game, I'm doing this-and-that to the game, that is complete and utter ... you-know what,” he said Saturday. “That's not fair.”

PGA Tour policy allows for one minute for the first player hitting a particular shot – from the tee, the fairway, around the green – and 40 seconds for everyone else. Warning or penalties are not issued unless the group is out of position.

Tyler Dennis, the tour’s chief of operations, said the tour might be able to use its ShotLink technology, which measures every shot, to help come up with a solution.

“We know that the individual habits of players when they are preparing to hit a shot can quickly become a focal point in today's world, and our players and fans are very passionate about this issue,” Dennis told PGATour.com.

He added: “We are currently in the process of reviewing this aspect of pace-of-play and asking ourselves, ‘Is there a better way to do it?’ We think technology definitely plays a key role in all of this and we are thinking about new and innovative ways to use it to address these situations.”

Brooks Koepka said Sunday he and DeChambeau chatted about the situation. He didn’t reveal the nature of their conversation but defended DeChambeau and said he should not be singled out as the only slow player in the sport.

“I play a different way out there,” DeChambeau said Saturday. “I take my 40 seconds that's allotted, sometimes over — absolutely. Totally agree. It's maybe 5 percent of the time. But I'll tell you that it's really kind of unfortunate the way it's perceived because there's a lot of other guys that take a lot of time. They don't talk about this matter and for me personally, it is an attack and it is something that is not me whatsoever.”

DeChambeau finished 7-under for the tournament and was tied for 24th.