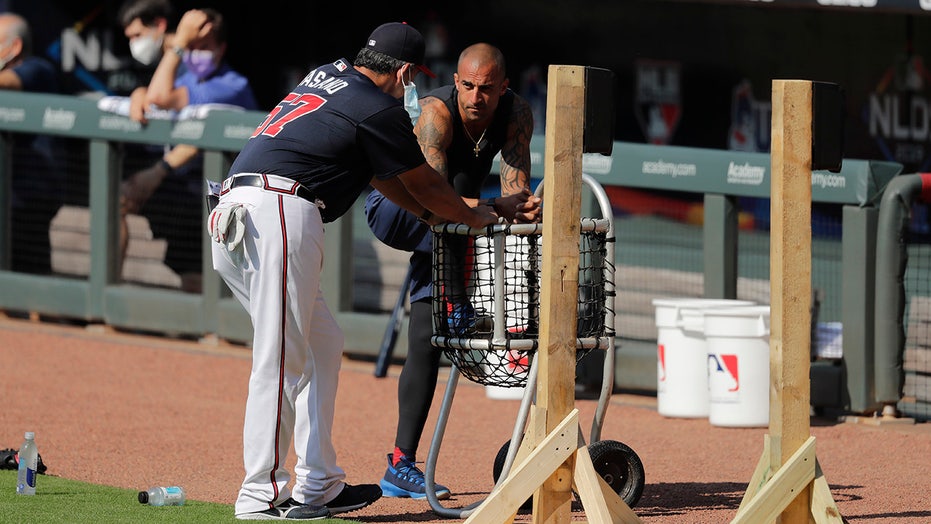 Atlanta Braves outfielder Nick Markakis opted out of the 2020 season on Monday due to increased concerns about the coronavirus pandemic.

Markakis is the second Atlanta veteran in two days to announce plans to sit out the 60-game season. He follows right-hander Félix Hernández, the former Cy Young winner with Seattle who was competing for a rotation spot before opting out on Sunday.

The 36-year-old Markakis said Monday he was uneasy about playing the season without fans and then was swayed by his telephone conversation with teammate Freddie Freeman, who has tested positive for COVID-19 and has fever and other symptoms.

“Just hearing him, the way he sounded on the phone, it was tough,” Markakis said. “It was kind of eye-opening. What everything that’s going on, not just with baseball but all over the world, it makes you open your eyes.”

Snitker said Monday the four continue to progress through protocols. He said it wouldn't be fair to the players to provide more detailed daily updates.

Dodgers pitcher David Price, Washington infielder Ryan Zimmerman and Colorado outfielder Ian Desmond are among the other players who have opted out.

Braves first base coach Eric Young Sr. also will sit out the season.

Snitker said he respected the decision by Markakis, who he said is “an ultimate pro.” Snitker said losing the respected veteran was a blow to the team's hopes for winning a third straight NL East title.

“We’ll miss him,” Snitker said. “He’s one of our backbones of our club. I know he’s been thinking long and hard about it. ... When you lose a guy of that stature and what he brings and the player he is, it doesn’t help you, that’s for sure.”

Snitker, 64, acknowledged he also has concerns about his health during the pandemic.

“Honestly, yeah,” Snitker said. “I feel great right here. I think I’ll be fine these three weeks. The traveling worries me more than anything, I think. ... The fact we’ve had some positive tests makes you realize this is real. This virus is real and it’s nothing to mess with.”

Markakis has three children. He said he has the “overwhelming support” of his family in his decision to miss a season he said wouldn't have been the same without fans.

“I’m at the point in my career where I’m not chasing the money,” he said. “I’m not chasing any of that. ... This game is about having fun and having to go out there and play in an environment without fans, it’s not baseball to me.”

Following nine seasons with Baltimore, Markakis was entering his sixth season with Atlanta. He was competing for playing time in a crowded Braves outfield following the offseason signing of Marcell Ozuna.

Snitker plans to play Ozuna and Ronald Acuña Jr. every game, though Ozuna could be the designated hitter. Markakis, Ender Inciarte and Adam Duvall were joined by rookies Cristian Pache and Drew Waters in the outfield competition.

“We'll see. I want to see how this year plays out,” Markakis said.