Bulgarian heavyweight boxer Kubrat Pulev has been ordered to complete sexual harassment training in order to lift his fighting suspension for kissing a female reporter on the lips during a post-bout interview in March.

Pulev can only reapply to have his boxing license reinstated if he takes part in the course and pays a $2,500 fine by July 22, the California Athletic Commission unanimously ruled Tuesday. Until then he can't fight in the state.

The former heavyweight title challenger was suspended in March after he grabbed reporter Jenny Ravalo's head in his hands and kissed her on the lips following his seventh-round knockout of Bogdan Dinu. The incident was caught on video. 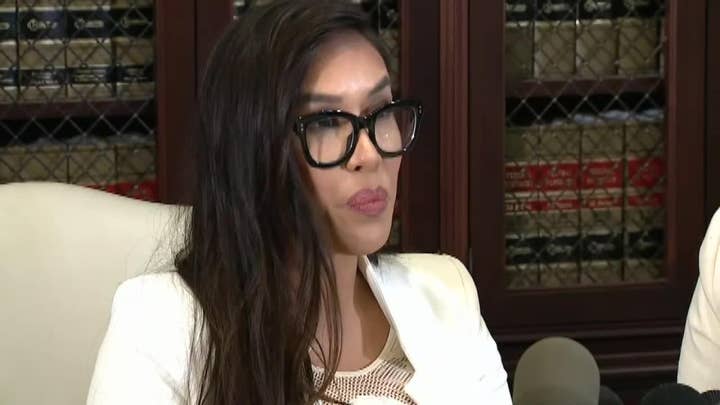 Ravalo, also known as Jennifer SuShe, later said the encounter made her feel “uncomfortable and frustrated.” She also claimed the Bulgarian heavyweight “grabbed both of my buttocks and squeezed with both of his hands.”

The reporter’s high-profile attorney, Gloria Allred, told the Los Angeles Times that Tuesday’s hearing was “fair,” but noted that Pulev didn’t apologize before the hearing.

“He was sorry — for getting caught,” Allred said.

Pulev has until July 22 to meet the conditions ordered by the commission in order to reapply to have his boxing license reinstated. (AP)

The commission warned Pulev that he could face a lifetime suspension if he becomes involved in similar incidents, including retaliation or threats, the Los Angeles Times reported.

“I would like this to be a teachable moment rather than take away a fighter’s ability to make a living,” said CSAC Commissioner Martha Shen-Urquidez, according to the paper.