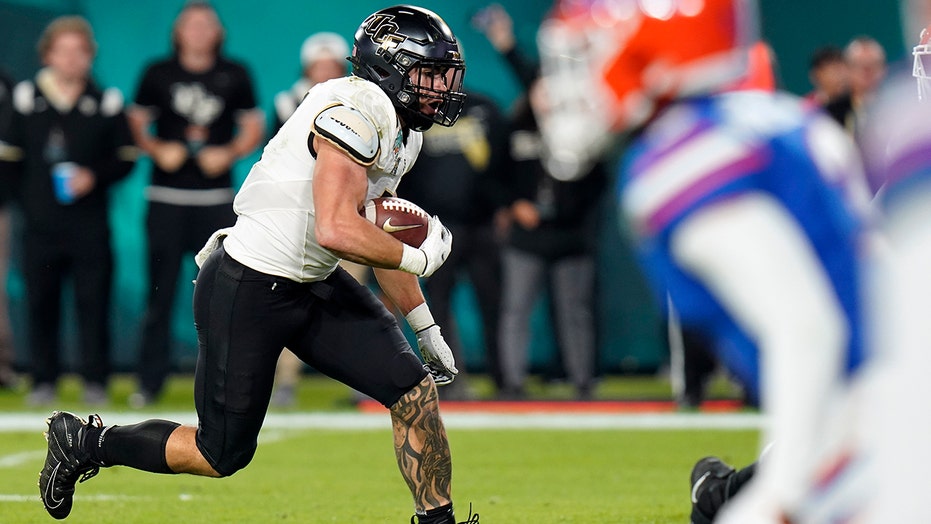 "Yeah, we are the best in Florida," said O'Keefe, who also had 110 rushing yards. "We always thought that, but now we finally got to prove it."

Florida quarterback Emory Jones, playing in his final game with the Gators before entering the transfer portal, completed 14 of 36 passes for 171 yards. He also ran for 62 yards on 10 carries.

"Not thinking about my future right now," Jones said. "Will talk to my mom and family, and then made a decision."

Florida was led by interim coach Greg Knox, who took over when Dan Mullen was fired before the regular-season finale against Florida State. Former Louisiana coach Billy Napier will take over for the 2022 season. Florida (6-7) finished with its first losing record since 2017.

The Gators had eight penalties for 85 yards.

"We beat 'em handily," UCF coach Gus Malzahn said. "The best is yet to come. We’re fighting against the three big in-state schools. A lot of them, the logos are really cool, but I really believe we’re the program of the future."

It was the first time the time the two teams played since Florida won 42-0 during its 2006 national championship season. The Gators also won 58-27 in 1999.

Florida led 10-9 at halftime behind Chris Howard’s 26-yard field goal with 1:36 left in the second quarter.

O’Keefe had a 74-yard run in third quarter, setting up Bowser's TD run from 4 yards out to put UCF up 16-10. Florida regained the lead, 17-16, on its next possession when Malik Davis had a 19-yard rushing TD. But UCF ended up scoring again in the quarter, taking the lead for good.

Keene replaced starting QB Dillon Gabriel, who broke his left collarbone against Louisville in September. The true freshman went 14 of 22 for 144 yards on Thursday.

The announced crowd at Raymond James Stadium, the home of the NFL's Tampa Bay Buccaneers, was a Gasparilla Bowl record of 63,669.

Florida wide receiver Justin Shorter was taken off the field on a cart after a hard hit late in the fourth quarter. His neck was immobilized by medical personnel on the field. Knox had no update postgame.

UCF brought a No. 2 uniform onto the field before the game to honor former Knights running back Otis Anderson Jr., who died last month at the age of 23.

"Otis was like a big brother to me and when he passed away, it hit me hard," O'Keefe said. "I saw his jersey in the locker room and I decided I was going to play for him."

The game was briefly delayed in the first quarter when Florida linebacker Ty’Ron Hopper lost his helmet. It got caught in the facemask of UCF guard Cole Schneider, and it took a couple of minutes to separate the two helmets. Later, Hopper was ejected in the third quarter after throwing a punch.

After the game ended, the teams were involved in a scrum that featured pushing and shoving near midfield.