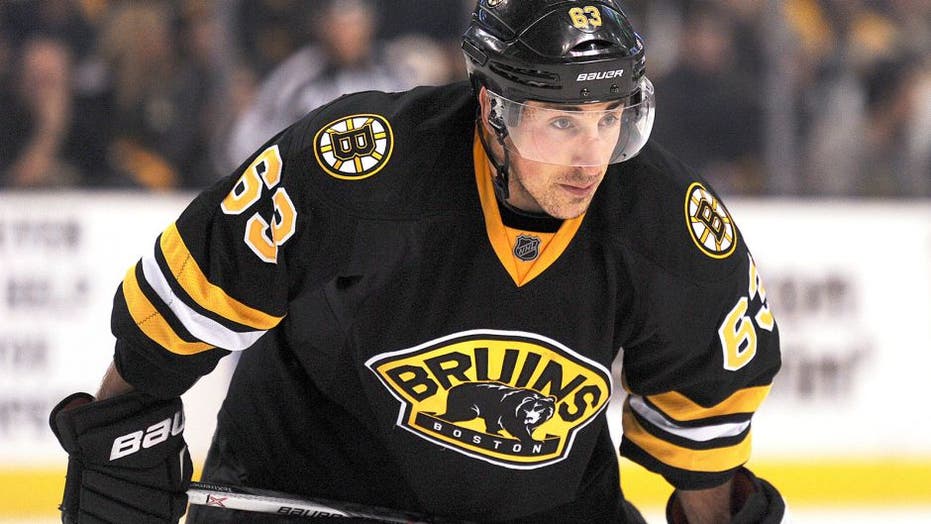 Boston Bruins’ forward Brad Marchand wasn’t going to let Twitter trolls get the best of him.

After executing what might go down as one of the biggest shootout flubs in history, Marchand was almost immediately inundated by the critics on social media when he overskated the puck, just barely grazing it, during the fifth round of the shootout against the Philadelphia Flyers Monday night.

In a not-so-subtle move, Marchand took to the opportunity to remind Twitter of his professional accomplishments by tweeting out an image of himself holding the Stanley Cup in 2011.

The tweet itself was met by even more criticism, one of which the 31-year-old winger decided to reply to.

“That's great and all. But at least I can pick up the puck cleanly in the shootout,” one user wrote, referring to Marchand’s mishap which ultimately handed the Flyers a win.

But Marchand hit back.

“Your shootout is in your driveway not the NHL peasant. You pretend to be me in your back yard dream big bud,” a reply tweet read.

As for what happened during the game? Marchand played it off as a simple mistake.

“I was trying to get going and I just missed it,” he said. “That's the way it is. I'm not going to overthink it.”