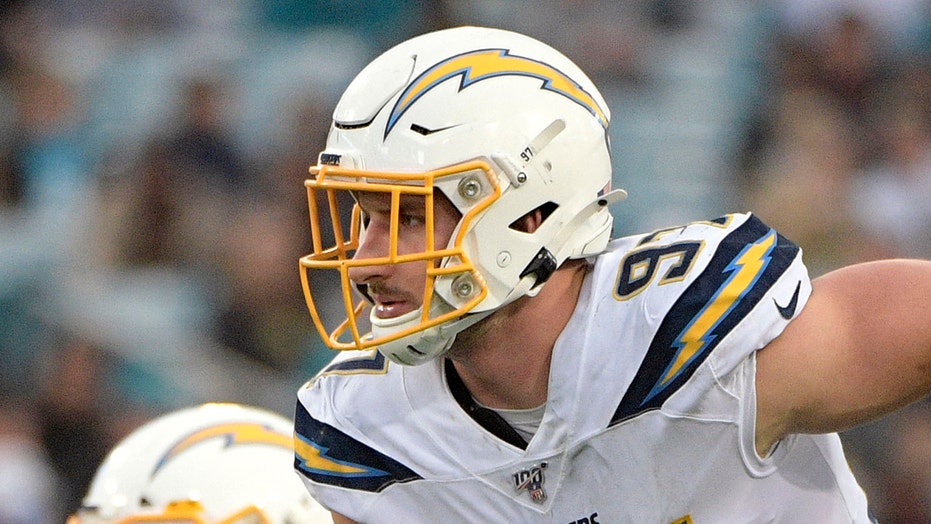 Defensive end Joey Bosa has agreed to a contact extension that will make him the highest-paid defensive player in the NFL.

Two people familiar with the deal said the five-year extension is worth $135 million, which includes $78 million guaranteed at signing and $102 million overall. The people spoke to The Associated Press on condition of anonymity Tuesday night because the contract has not been finalized. ESPN was the first to report on the deal.

The deal eclipses the five-year, $125-million extension that Cleveland's Myles Garrett signed two weeks ago. That contract included $100 million guaranteed for Garrett, a defensive end who was the top pick in 2017.

The Chargers confirmed Bosa has agreed to the extension but did not disclose financial terms.

Bosa was entering the fifth and final season of his rookie contract. There was some thought that he would hold out if an agreement had not been reached, but he reported to camp on Tuesday.

General manager Tom Telesco said on Monday that the Chargers were in a good position with salary cap flexibility to get extensions done. The players' union had Los Angeles with $20.38 million in space, which was in the top 10 in the league, before Bosa's extension.

The website Over the Cap also estimated that the Chargers would have the second-most cap space going into 2021, even if there is a reduction in how much teams can spend because of the coronavirus pandemic.

The 6-foot-5, 280-pound Bosa was the third overall pick in the 2016 draft and has been selected to two Pro Bowls. He tied for second in the AFC last season with 11.5 sacks and has double-digit sacks in three of his four seasons. He was third among defensive ends and second in the AFC with 60 tackles, including 16 for loss. Bosa also had 25 quarterback hits and forced a fumble.

Bosa’s extension also prevents the Chargers from having a messy holdout situation for the second straight season. Running back Melvin Gordon didn’t report until the fourth week of the regular season last year. Gordon signed with Denver during the offseason.