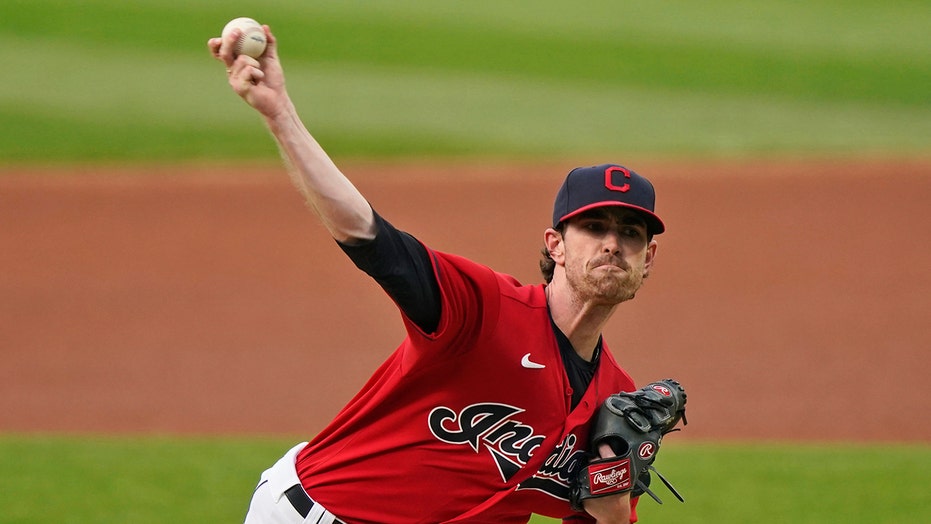 Shane Bieber lowered his ERA to 1.63 in his final regular-season start, the lowest in the American League since Luis Tiant’s 1.60 for Cleveland in 1968, and Jordan Luplow hit a game-ending home run that gave the Indians a 3-2 win over Chicago on Wednesday night.

The loss dropped the White Sox in second place in the AL Central at 34-22, a half-game behind Minnesota (35-22). Chicago has lost a season-high four in a row and us 1-5 on a seven-game trip.

Bieber, who leads the big leagues with eight wins, allowed an unearned run and two hits in five innings with 10 strikeouts. The right-hander also is first in baseball with 122 strikeouts and eight double-digit strikeout games.

“I’m not going to get caught up in that stuff, but what I’m proudest of is the consistency,” he said. “You wait your whole life to pitch in games like this. It’s a lot of fun right now.”

Bieber lowered his major league-leading ERA from 1.74 and will open the postseason for Cleveland. Chicago’s Dallas Keuchel is second in the AL at 2.04 heading into his start in the series finale Thursday.

“I’m beyond excited to have the opportunity to do what I’m going to be able to do over the next week,” Bieber said.

Cleveland closed within two games of the first place with their second straight last at-bat victory. José Ramírez hit a three-run homer with two outs in the 10th for a 5-3 win Tuesday to clinch a playoff spot.

With the score 2-2, Luplow homered onto the porch in left field off Gio González (1-2). Luplow, a .194 hitter, struck out in his first three at-bats and followed with his second home run of the season.

“I was trying to be aggressive and get a good pitch to hit,” Luplow said. “I just treated it the same as in any other situation.”

Brad Hand (2-1) earned the win with a perfect ninth.

“We got a great pitching performance from Lucas,” Renteria said. “Certainly what we needed to get, and he did a great job. We played a good ballgame, so all we can do is put it behind us and get ready to play the next one.”

Carlos Santana hit a 441-foot home run in the second and with 215 homers tied Hall of Famer Larry Doby for sixth place on the Indians list.

Edwin Encarnación had an RBI groundout that tied the score in the fourth by bringing home José Abreu, who reached on an error by Ramírez at third.

Cleveland took a 2-1 lead on Franmil Reyes’ sixth-inning sacrifice fly, but Abreu tied the score with a sacrifice fly in the eighth off James Karinchak.

Abreu leads the AL with 57 RBIs, but went 0 for 2 and dropped his average to .329. Ramírez also was 0 for 2, stopping his seven-game hitting streak, while Chicago’s Tim Anderson was hitless in four at-bats and is batting .346.

Indians manager Terry Francona will not return to the dugout during the regular season, but is slated to join the team’s postseason bubble. The 61-year-old has missed 42 games because of gastrointestinal surgery and blood-clotting issues.

“It gives Tito an opportunity to be around the team, even if it’s not in the dugout,” president of baseball operations Chris Antonetti said.

Renteria was ejected from the first two games of the series and remains angry that Anderson was tossed, along with him, by umpire Ángel Hernández on Tuesday. “Players in high-level situations have the right to express themselves with high emotion,” he said.

White Sox: RHP Alex Colomé (back spasms) played catch before the game and was cleared to pitch. One night earlier, Colomé worked a perfect ninth but was unable to continue in extra innings when his back tightened.

White Sox: Keuchel (6-2) had a no-decision on Sept. 19 at Cincinnati, throwing four scoreless innings in his return from a stint on the injured list caused by back spasms.

Indians: RHP Zach Plesac (4-2, 1.85 ERA) has not allowed a run in two starts against the White Sox this season, striking out 18 without a walk over 14 innings. Plesac, who will not have enough innings to qualify for the ERA title, will be pitching on five days’ rest for the second straight outing.