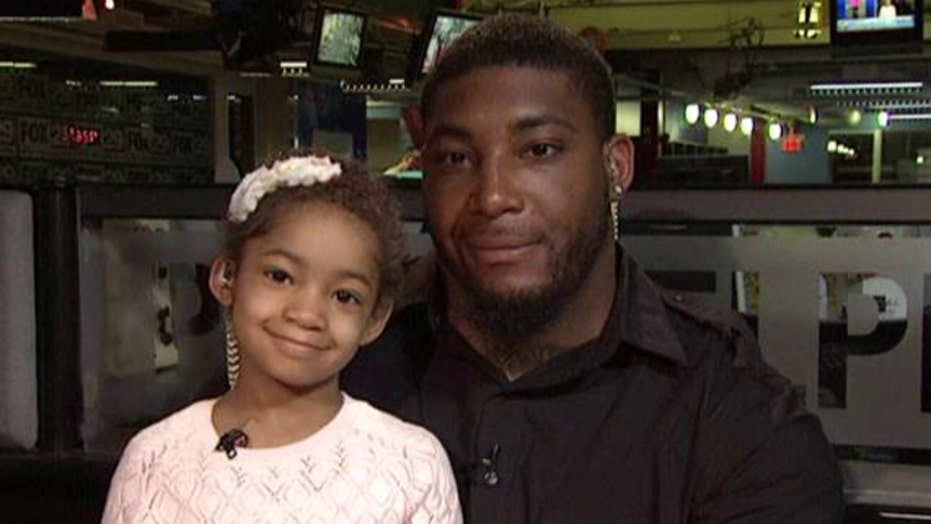 4-year-old Leah is in remission

For Cincinnati Bengals tackle Devon Still, this could be the best week ever.

Still announced via Instagram on Wednesday that his daughter, Leah, 4, who was diagnosed with Stage IV neuroblastoma last June, has been declared cancer-free, Fox Sports reported.

"June 2, 2014 and March 25, 2015 are days I will remember for the rest of my life. As everyone probably knows, June 2nd was the day doctors walked into the waiting room to tell me my daughter had cancer. It was the most devastating day of my life. March 25th , however, is feeling like the best day of my life. Today we received news from Leah's oncologist that her cancer, stage four neuroblastoma, is officially in REMISSION!" Still wrote.

The news comes as the Bengals signed Still to a one-year contract.

"Everything really depended upon my daughter's results," Still said during a conference call last week. "Now that they are going the right way, obviously I am going back to Cincinnati because that's the team that drafted me and stood by me the whole time."

A video showing Still give the girl a pre-surgery pep talk while they were driving to surgery went viral in September 2014.

Leah smiles and nods at her father and he asks, "You ready to get this cancer up out of you?"

She delivers a megawatt smile and nods again. "Let's do it. Fist bump," says Still, and they both give a fist bump to the camera.