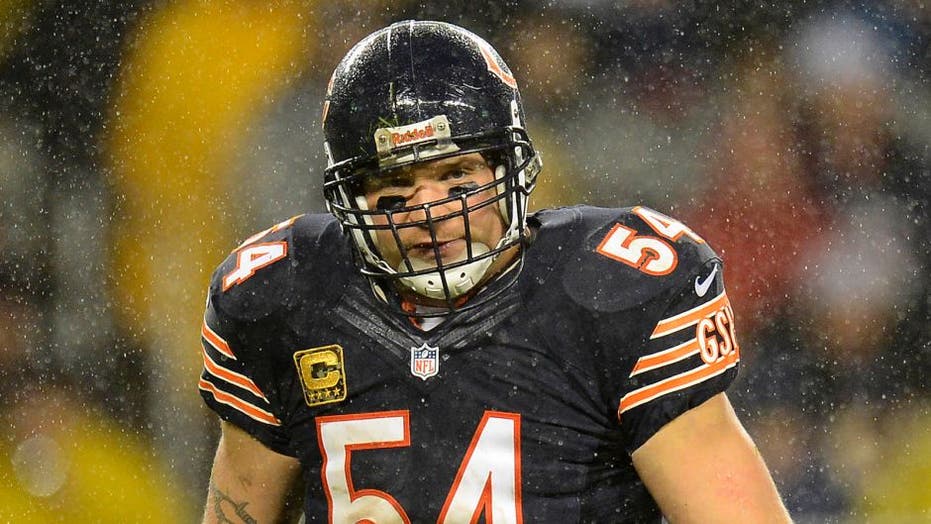 McCaskey told the Chicago Sun-Times the comments prompted him to seek out the former Bears great and Hall of Famer, but he said he has had a hard time tracking down the legendary linebacker.

“Having known him for 20 years and knowing the type of person he is I’m not going to judge him until I talk to him,” McCaskey said, according to the newspaper.

Urlacher shared an image on his Instagram that read: “Brett Favre played the [Monday Night Football] game the day his dad died, threw 4 TDs in the first half, and was a legend for playing in the face of adversity.

“NBA players boycott the playoffs because a dude reaching for a knife wanted on a felony sexual assault warrant, was shot by police.”

Although police discovered a knife inside Blake's vehicle, they do not know if he was reaching for it.

He also "liked" another Instagram photo, which read: “Free Kyle Rittenhouse.” Rittenhouse was identified as the suspected 17-year-old gunman who crossed state lines and is alleged to have shot and killed two people during the unrest in Kenosha. Rittenhouse was being chased by several people, including one man with a gun, and claims he acted in self-defense.

The Bears disavowed his apparent stance on the matter.

“The social media posts in no way reflect the values or opinions of the Chicago Bears organization,” the team said in a statement, according to Pro Football Talk.

Urlacher’s former teammate Matt Forte said the former All-Pro linebacker’s message was “void of empathy, compassion, wisdom and coherence. But full of pride and ignorance,” according to the Chicago Sun-Times.

Urlacher has yet to elaborate on his social media activity.