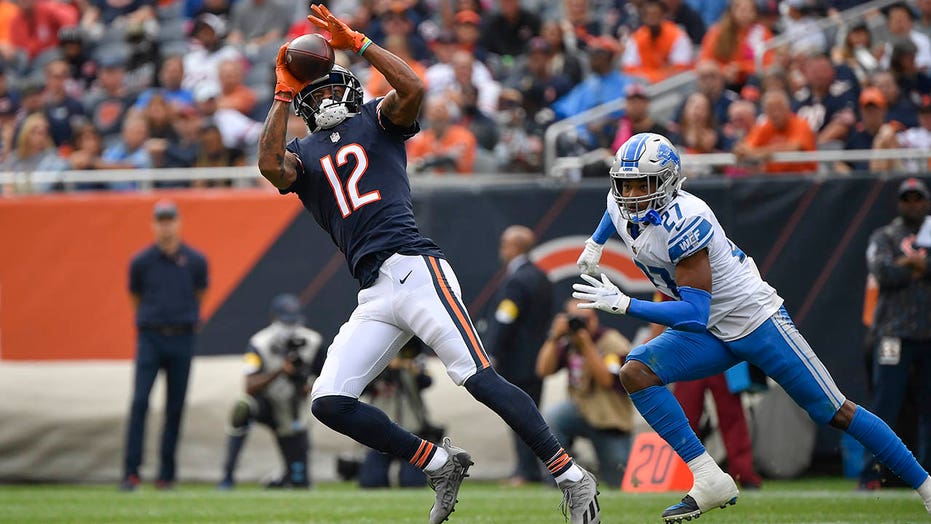 As part of the Chicago Bears for the past four seasons, Robinson had his run-ins with coaching and the front office.

Allen Robinson #12 of the Chicago Bears celebrates a win against the Las Vegas Raiders at Allegiant Stadium on October 10, 2021 in Las Vegas, Nevada. (Jeff Bottari/Getty Images)

Still, the wideout remembered his tenure with the Bears fondly.

On Sunday, Robinson tweeted out a message to the Bears fanbase now that his four-year run with the Bears is at an end.

Robinson agreed to join the Rams on Thursday. He wrote:

As a lead target for the Bears and Jacksonville Jaguars the past eight seasons, Robinson’s individual skill always played through uneven quarterback play.

Allen Robinson #12 of the Chicago Bears heads to the locker room before the game against the Minnesota Vikings at U.S. Bank Stadium on January 9, 2022 in Minneapolis, Minnesota. (Stephen Maturen/Getty Images)

Robinson has recorded three seasons of 1,100+ receiving yards playing with QBs such as Blake Bortles, Mitch Trubisky and Nick Foles.

Los Angeles may prove to be the perfect destination for Robinson. Joining a team that has elevated veteran receivers in the past —most recently with Odell Beckham, Jr. —Robinson becomes part of the Rams’ mission for a consecutive Super Bowl title.

Even with the departure of longtime Ram wideout Robert Woods, Sean McVay and the offense can expect the offense to stay at a championship caliber with the addition of Robinson.