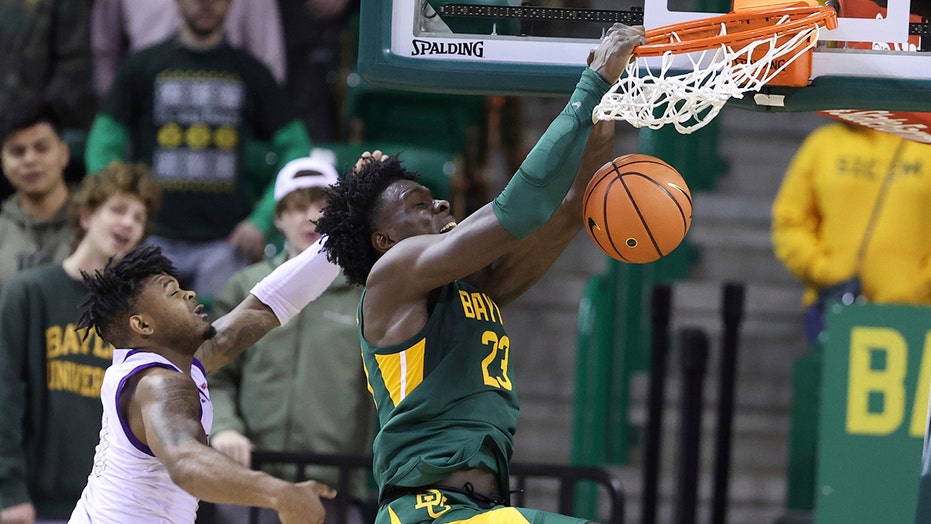 A combination of cancellations and the holidays made for a quiet week in college basketball.

Baylor remained No. 1 for the third straight week in the poll released Monday, receiving all 61 first-place votes from a national media panel. The Bears (11-0) had 60 first-place votes a week ago and were a unanimous selection this week with a blowout win over Alcorn State and Arizona's loss to Tennessee.

The top five remained the same from last week, with Duke, Purdue, Gonzaga and UCLA behind Baylor.

The Blue Devils were among several ACC teams to postpone games this week due to COVID-19 protocols, shelving games against Clemson on Wednesday and Notre Dame on Saturday.

Arizona dropped three spots to No. 9 after losing for the first time this season, 77-73 at Tennessee last Wednesday. The Wildcats had been one of the nation's best offensive teams during their undefeated start but were smothered by the Vols, scoring 11 points below their season average.

"We weren’t able to get a lot of post touches," Arizona coach Tommy Lloyd said. "At the end of the day, there’s usually one recipe. The recipe is, toughen up."

Tennessee (9-2) hasn't had much trouble with toughness this season.

The Vols' only two losses were to then-No. 5 Villanova and No. 25 Texas Tech in overtime. Tennessee is 21st nationally in scoring defense, holding teams to 59.3 points, and is forcing nearly 18 turnovers a game.

The Vols jumped on Arizona with an opening 16-2 run and withstood a late run to pull out their biggest win of the season.

"We talked about it being a heavyweight fight, which it was," Tennessee coach Rick Barnes said. "It was a hard-fought win. We knew they would make a push to get back in it."

The Vols have another test coming out of the Christmas break, playing at No. 19 Alabama on Wednesday.

Look at the Spartans now.

Michigan State moved into the top 10 for the first time since Week 5 of last season, climbing a spot to No. 10 after beating Oakland 90-78 last Tuesday. The Spartans moved into the poll at No. 22 on Nov. 29 and have made a steady climb since.

Michigan State (10-2) has won five straight since a loss to top-ranked Baylor and its other loss was to No. 6 Kansas early in the season.

"I still think we have a tremendous upside," Izzo said.

Tennessee had the biggest rise in a week where no other team climbed more than two places.

No. 19 Alabama had the biggest fall, tumbling nine places after losing 79-78 to Davidson at home last Tuesday. No. 23 Xavier fell five places following at 13-point loss to No. 22 Villanova.

No teams dropped out of this week's poll.