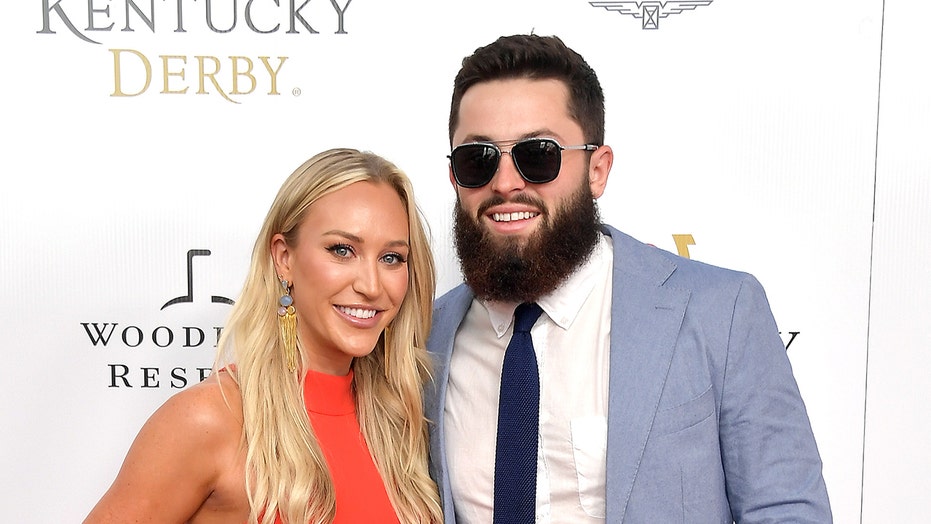 Baker Mayfield rose to prominence during the 2018 season, helping the Cleveland Browns win seven games – the most they have won since 2014.

Mayfield also got engaged to Emily Wilkinson in June 2018 and the two married this month. In an ESPN profile on Mayfield published Wednesday, he spoke about the romance.

According to ESPN, Wilkinson was introduced to Mayfield in 2017. She was worried about dating some “punk football player” and ignored Mayfield for months. However, Mayfield kept following and unfollowing Wilkinson on Instagram hoping he would grab her attention. It apparently worked.

In December 2017, Mayfield begged Wilkinson to meet with him before the Rose Bowl. She reluctantly agreed to have lunch with him.

“I was assuming he'd be the typical playboy athlete,” Wilkinson told ESPN, adding that she thought they would spend most of the time talking about the big game.

That was not the case.

Mayfield spent most of the time asking Wilkinson about herself, her family and her future, according to ESPN. After Oklahoma lost the Rose Bowl the next day, Mayfield messaged Wilkinson and told her he was staying in Los Angeles. Things got a little bit heavier immediately.

According to the profile, Mayfield moved in with her and her brothers three days later. Six months later, the two were engaged. The rest is history.

Last week, Mayfield officially announced the two were married with a photo of them at their wedding.

“The Mayfields... Last week was a real life dream,” he wrote in the caption. “Unbelievable day surrounded by family and friends. Excited to start the next chapter of our journey together @ewilkinson, love you Em Lou.”

Mayfield is entering his second season with the Browns.