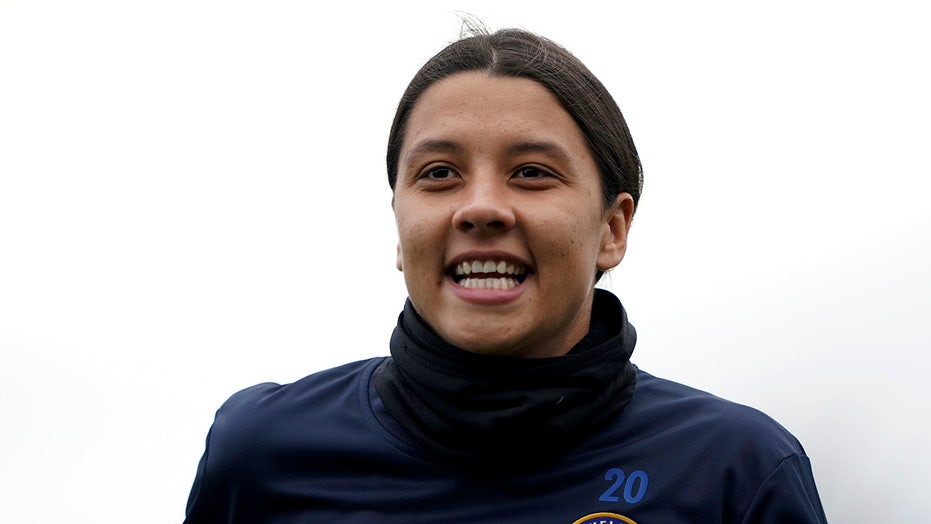 Sam Kerr failed to score on her debut for Chelsea in the Women’s Super League but the Australia star certainly made her presence felt on Sunday.

One of the game’s most prolific scorers, Kerr missed two great chances - the first inside the opening 90 seconds and another in the second half - but had a role in Chelsea’s first two goals in its 3-1 win over Reading.

She also was wiped out by a bruising challenge from Grace Moloney that earned the Reading goalkeeper a straight red card in the 18th minute and led to Kerr requiring treatment on her left shoulder.

Kerr’s deft backheel set up Beth England for Chelsea’s equalizer at Kingsmeadow, and she had a shot saved - after being played clean through on goal - from which Guro Reiten scored a brilliant lob off the rebound to make it 2-1.

Soon after Chelsea scored a third goal, Kerr was substituted in the 77th minute and given a warm ovation.

Kerr, who made her debut for Australia at the age of 15, joined Chelsea in November on a 2½-year contract after playing for Chicago Red Stars in the National Women’s Soccer League. She was only eligible to start playing in the second half of the WSL season from January.