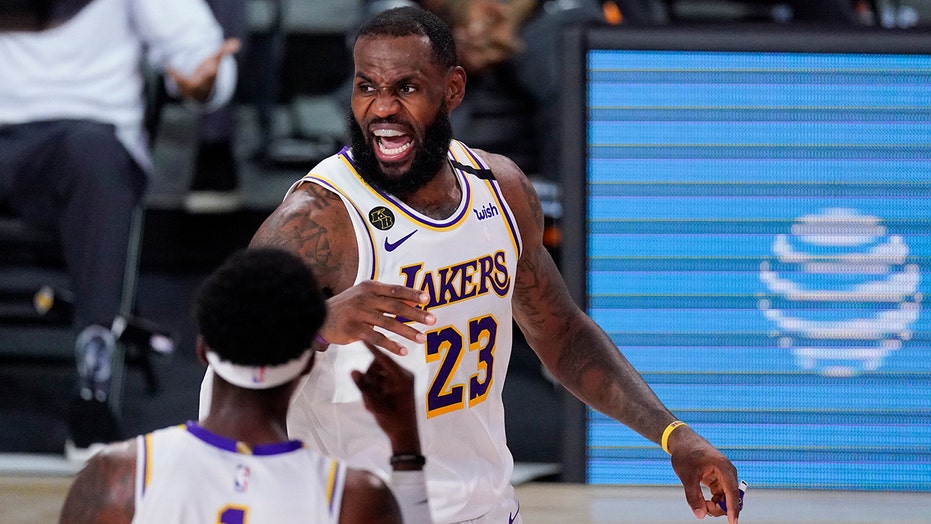 LeBron James now has been part of more postseason game victories than any player in NBA history, a record he’s earned over his 14 appearances in the playoffs.

Earlier in this postseason, he also became the all-time leader in playoff road wins. That one seems a little fraudulent, in the sense that this year counts toward that total.

The NBA has tried to dress the neutral courts up with the comforts of home since the season restarted at Walt Disney World in July; the home team gets its usual music, gets its graphics splayed everywhere, even has the traditional over-the-top introduction of the starting lineup.

It’s all nice, but none of it really matters.

For the first time in NBA history, “road” teams have a winning record through the first two rounds of the playoffs. The Milwaukee Bucks lost twice as many “home” games in the bubble than they did in their home building; they were 4-6 carrying that designation at Disney, 28-3 at Fiserv Forum.

“Yeah, the home-road stuff doesn’t mean anything here, obviously,” Boston coach Brad Stevens said. “I mean, it’s nice to have the backgrounds and all that other stuff but to be honest with you I can’t even hear any of it or really pay much attention to it after maybe the starting lineups are announced — which are odd anyways because there’s nobody clapping. So, we’ve never really put any thought into that, to be honest, but it is unique.”

Entering Wednesday, “road” teams are 30-28 in the playoffs. There has never been a playoff season where road teams had a winning record after the first two postseason rounds.

The Celtics and Toronto Raptors — who were playing Wednesday night in a “home” game for Boston — started a combined 9-0 on the road. Miami is 5-0 on the road and is now the lowest-seeded team to make the Eastern Conference finals since eighth-seeded New York in 1999. Had this been a conventional playoff season, it stands to reason that the Heat wouldn’t have gone 2-0 in Indianapolis and 3-0 in Milwaukee.

“I don’t think either one of us are heading for rocket science territory if we say this is the most strange playoffs ever,” Toronto coach Nick Nurse said.

The Lakers are 3-0 in the playoffs as the “road” team so far, which has pushed James’ total for road playoff wins to 65 — two more than Tim Duncan managed in his two decades with San Antonio. James also became the all-time leader in playoff wins Tuesday when the Lakers topped the Houston Rockets, the 162nd victory of his postseason career, one more than Derek Fisher.

But the road record or the total wins isn’t the big story. Here’s the problem for the Rockets, who trail the Western Conference semifinal series with the Lakers 2-1 going into Game 4 — a “home” game for Houston — on Thursday night.

When James gets a sniff of a series lead at this point, it’s usually game over.

He’s got a 2-1 lead in this one and is coming off a Game 3 performance where he had 29 points at halftime to tie the second-biggest first-half effort of his playoff career.

That rings true at home, on the road — or even at Disney.

Game 4 of Rockets-Lakers is the only game on Thursday’s NBA schedule. A look:

— KEEP AN EYE ON: Houston in the second half. The Rockets had 64 points in the first half Tuesday, 38 in the second. And they’re averaging 18.5 fourth-quarter points in the last two games, something very un-Rockets-like. “We're just not getting it done. That's the simple answer," Rockets coach Mike D'Antoni said.

— INJURY WATCH: Houston forward Robert Covington took a scary, bloody fall after appearing to get jostled into Davis in the fourth quarter of Game 3. D'Antoni said he would be ready to go for Game 4.