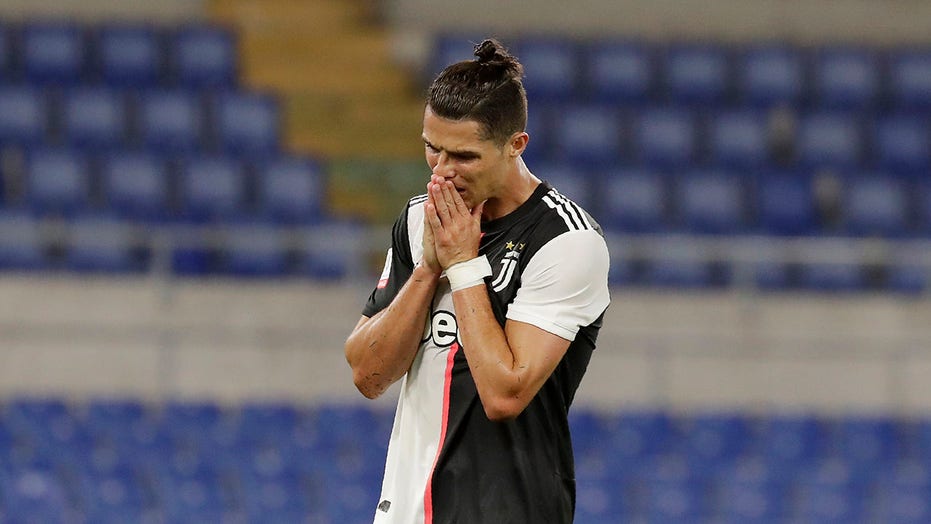 At 35, Cristiano Ronaldo is struggling to regain his famous explosiveness following the three-month break for the coronavirus pandemic.

The Juventus striker failed to make an impact in his first two matches back, making his run of 19 goals in 14 consecutive matches before the break seem like a distant memory.

“Right now his (physical condition) numbers are not bad, maybe the best of the season, which means he trained a lot (during the lockdown),” Juventus coach Maurizio Sarri said after his team lost to Napoli in a penalty shootout in the Italian Cup final following a 0-0 draw on Wednesday.

“In terms of his acceleration and top speed, his numbers are not what he’s accustomed to. But that’s normal for someone who hasn’t been playing games.”

Against Napoli, the five-time Ballon d’Or winner’s impact lasted all of five minutes.

Ronaldo earned a corner kick with a series of his trademark step-over moves and then had his only chance of the match batted away by Napoli goalkeeper Alex Meret.

Making matters worse, Ronaldo could only watch helplessly when Napoli sealed the 4-2 shootout victory before he was slated to take Juventus’ last spot kick.

During the awards ceremony, Ronaldo appeared on the verge of tears.

The game coincided with his son Cristiano Jr.’s 10th birthday and a title would have given Ronaldo the 30th trophy of his career for club and country.

This was supposed to be the month when Ronaldo was leading Portugal in the defense of its European Championship title. Instead, he’s going to have to play himself back into shape with Serie A resuming next.

Juve’s other key forwards are also racing to get back into shape.

Paulo Dybala has shown only flashes of brilliance after testing positive for COVID-19 for 50 days. His failure to convert the opening penalty of the shootout set the tone for the loss.

Gonzalo Higuain missed the two cup matches after injuring his right thigh upon the return to training, and Douglas Costa had a series of injuries before the break.

“These are all players who are used to resolving situations individually,” Sarri said. “Right now we can’t expect more considering our condition.”

With little time for training, though, Ronaldo and Juventus will have to play their way back into shape with Serie A about to restart with games every three or four days.

On the bright side, Juventus’ defense appears in top shape after keeping consecutive clean sheets with 42-year-old goalkeeper Gianluigi Buffon putting on a performance for the ages in the final.

In six months, Napoli coach Gennaro Gattuso has accomplished what Sarri couldn’t in his three seasons with the southern club: win a title.

Napoli was in crisis when Gattuso was hired to replace the fired Carlo Ancelotti in December. But by instilling the same ferociousness he was famous for as a gritty midfielder for AC Milan and Italy, Gattuso has guided Napoli to two wins over Juventus and also beaten Lazio and Inter Milan — the main challengers for the Serie A title.

No wonder thousands of Napoli fans flooded the streets of the city to celebrate the cup title with fireworks into the early morning Thursday.

“It’s a big thing,” Gattuso said. “I put a lot of weight on my shoulders, because at times I feel like I’m the owner of the club, at times the guy who takes care of the equipment warehouse, at times the team doctor.

“It’s tough to live soccer the way I do, but it’s the only way I know," Gattuso added after his first coaching title. "And that’s why I feel this victory inside, because I know where we started from. I know how difficult and stressful I made life for my players and for the people who work in this club. And I think we deserved it.”

With the cup final played in an empty stadium, host broadcaster RAI experimented with a virtual experience for fans watching at home.

The empty stands were covered with electronically imposed images over the tribune featuring the red of title sponsor Coca-Cola while the ends of the stadium were painted in the teams’ colors — white and black for Juventus and blue for Napoli.