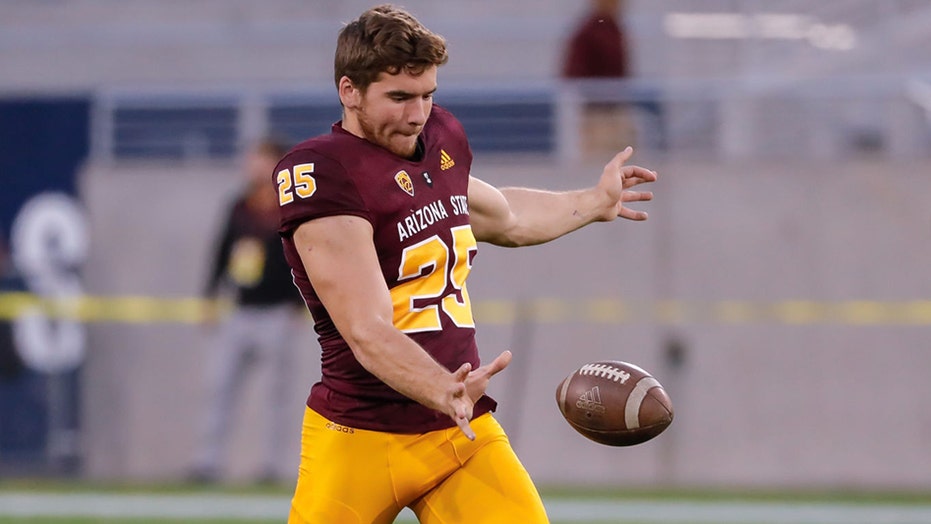 Turk, the nephew of former NFL punter Matt Turk, earned some serious bragging rights after he blew through 25 reps at 225 pounds during the bench press showcase. While scouts might only be interested in Turk’s leg power, the numbers he put up drew strong praise from onlookers.

DOBBINS, TAYLOR ADD ANOTHER CHAPTER TO RUNNING BACK RIVALRY

Turk set the record for the most reps by a punter since 2003, beating out Tennessee’s Trevor Daniel in 2018 with 23 reps, NFL.com reported. Bucknell’s Alex Pechin was the only other punter to compete Thursday. He recorded 13 reps.

As for the other positions who benched, not one of the 33 wide receivers were able to match Turk’s total, Yahoo Sports reported. He also out-repped 19 offensive linemen, including top prospects Iowa's Tristan Wirfs and Louisville's Mekhi Becton.

Turk was a starter at ASU and applied for early draft after just one season, NFL.com reported. He averaged 46 yards per punt with 23 punts over 50 yards.