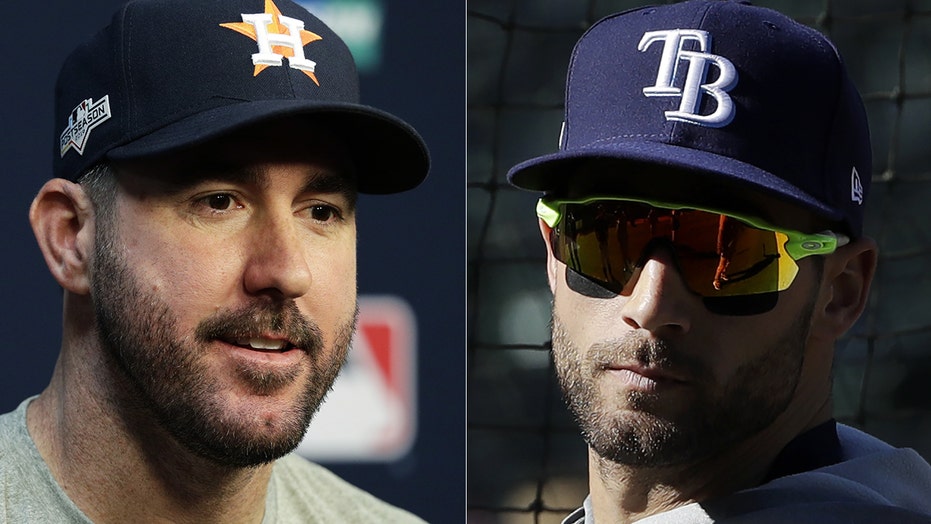 The Houston Astros and the Tampa Bay Rays will face each other in the first half of the 2019 American League Division Series, starting Friday.

The Astros, with their 107 wins in the regular season, are the best team in baseball and will have to try to quell the momentum of the upstart 96-win Rays, who are looking to make a run and pull off an incredible upset in the postseason.

Houston is anchored in the lineup by stars such as Alex Bregman, George Springer and Yuli Gurriel. The Astros are also expected to get shortstop Carlos Correa back from the injured list as well, making Houston even more dangerous than they have been heading into the American League Division Series.

The Astros’ starting rotation is also something to behold. The team somehow pulled off a trade for Zack Greinke, adding the tough and talented veteran to a top one-two punch of the likely top AL Cy Young Award contenders: Justin Verlander and Gerrit Cole.

However, the Rays are coming off a huge American League Wild Card victory -- a romp, really -- over the Oakland Athletics and have had somewhat of a quiet season behind the class of the AL: the Astros, New York Yankees and Minnesota Twins.

A 96-win season is the most success the team has had since the 2013 season in which they finished second in the AL East and lost in four games in the ALDS. The Rays will also try to make it back to the World Series for the first time since 2008 (and the second time in their history), when they lost in five games to the Philadelphia Phillies.

Among the starting pitchers, only Charlie Morton (16) and Ryan Yarbrough (11) have double-digit win totals. Last year’s American League Cy Young Award winner Blake Snell was injured at some points during the season. But Tampa Bay has been held down by impressive seasons from Tyler Glasnow, Diego Castillo and Emilio Pagan.

The Rays don’t mash like the Twins and Yankees but five guys in the lineup have an OPS of .800 or better. And what the Rays have lacked in star power (cleanup hitter Travis d'Arnaud, anybody?), they make up for in "clutch."