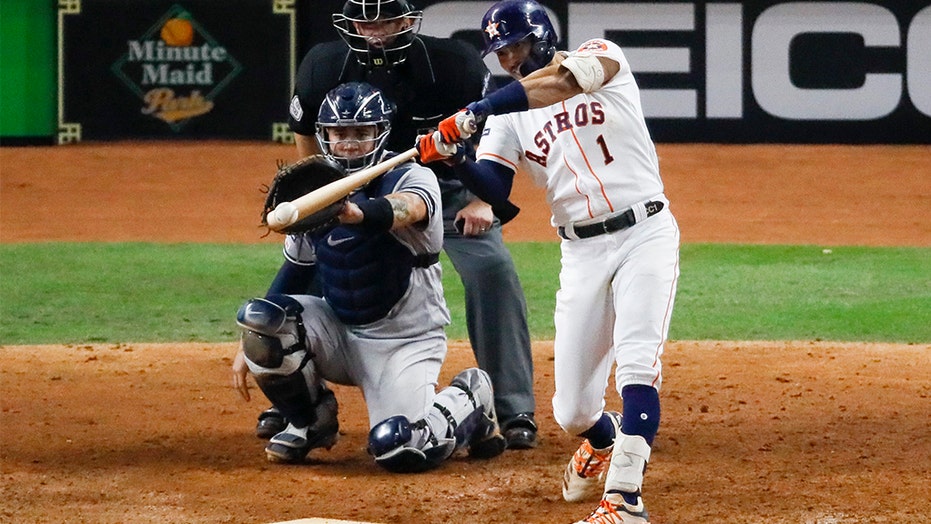 The Houston Astros were accused in a bombshell story Tuesday of running an elaborate scheme in 2017 that allowed them to steal an opposing catcher’s signs and relay information about when an off-speed pitch was coming.

Former Astros pitcher Mike Fiers and several other sources told The Athletic about the organization’s system, which included a centerfield camera hooked up to a TV monitor in the clubhouse and also used a team employee banging on a trash can or other object to alert batters to offspeed pitches.

“I just want the game to be cleaned up a little bit because there are guys who are losing their jobs because they're going in there not knowing," Fiers, who now pitches for the Oakland Athletics, told The Athletic.

A Twitter user, who goes by the handle Jomboy, broke down at least one instance in 2017 where the Astros allegedly were stealing signs. The instance came in a matchup between the Astros and the Chicago White Sox.

Danny Farquhar was on the mound for the White Sox and was facing Evan Gattis of the Astros. Jomboy shows the particular signs in which banging is heard when Farquhar is given a sign to throw an off-speed pitch. Farquhar told The Athletic he heard “a banging from the dugout, almost like a bat hitting the bat rack every time a changeup signal got put down.”

Once the team changed signs, he said the banging stopped.

Major League Baseball said it was investigating the allegations. The league had strengthened rules in 2019 in a bid to ensure teams weren’t stealing signs with the aid of technology.