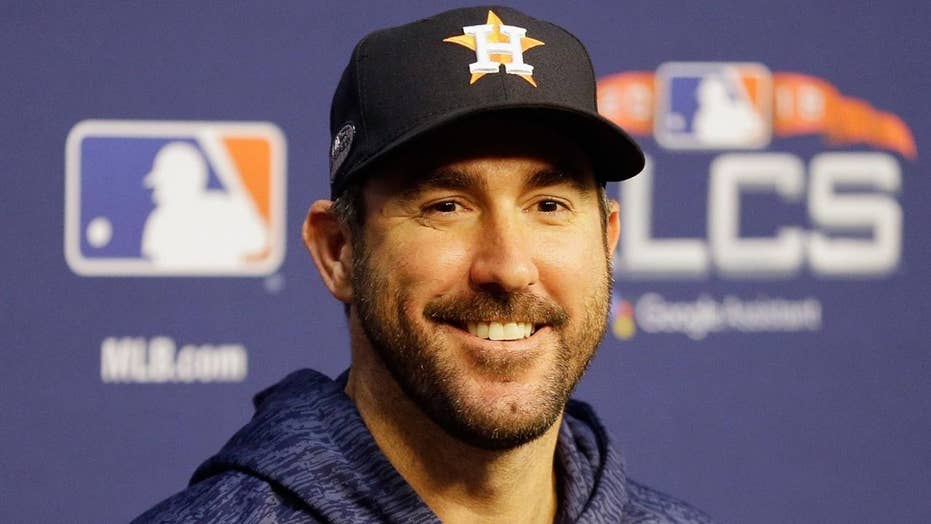 Houston Astros pitcher Justin Verlander on Monday blamed the Major League Baseball’s uptick in home runs on baseballs that have supposedly been “juiced.”

Verlander made the claim during an interview with ESPN. He surmised that baseballs have been “juiced” or altered because they are manufactured by an MLB-owned company.

“It’s a f---ing joke. Major League Baseball’s turning this game into a joke. They own Rawlings, and you’ve got (MLB Commissioner Rob) Manfred up here saying it might be the way they center the pill. They own the f---ing company,” Verlander said. “We all know what happened. Manfred, the first time he came in, what’d he say? He said 'we want more offense.' All of a sudden he comes in, the balls are juiced? It’s not coincidence. We’re not idiots.”

But as reported by Deadspin, a spike in home runs has been observed for at least two years — and MLB purchased Rawlings last summer.

Recent changes in baseballs have made them more aerodynamic, producing less drag in flight but weren’t necessarily “juiced” to increase home runs as Verlander has claimed, the report said.

MLB did not immediately respond to Fox News' request for comment.