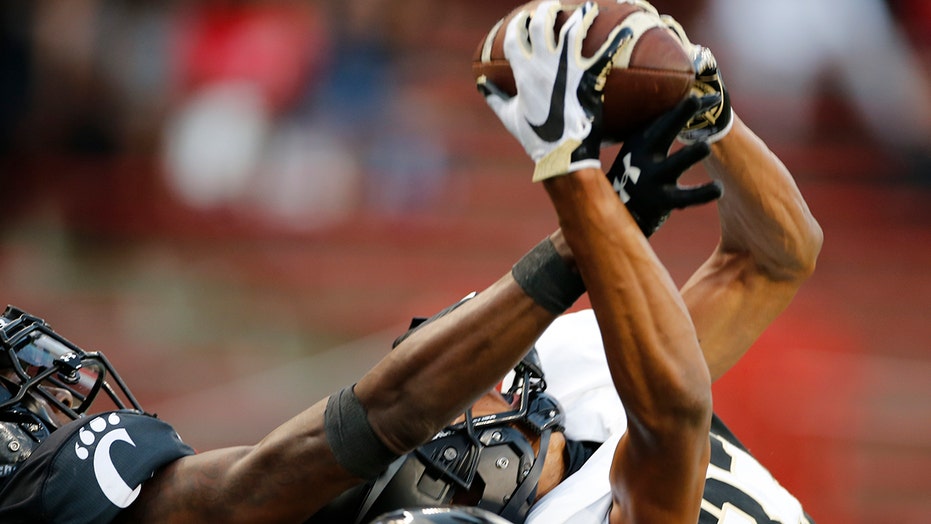 While most of college football is trying to determine how to maneuver around the coronavirus outbreak, it doesn’t mean the players’ intensity has dropped.

Army Black Knights offensive lineman Mike Johnson showed off that intensity during his game against the Cincinnati Bearcats on Saturday.

After a play, the Black Knights team went to the sideline and Johnson was caught on camera head-butting fullbacks coach Mike Viti with his helmet still on. The moment instantly went viral on social media. It appeared that both parties were OK after the hit.

Johnson, a senior, played in eight games last season and has appeared in all three games for Army so far this year. He missed the entire 2017 season due to an injury and played 12 games in 2018.

Johnson’s move wasn’t enough to rally the team around him.

Army lost to Cincinnati, 24-10, and will likely fall out of the AP Top 25 poll when it’s released Sunday.

“We played our butts off,” Army coach Jeff Monken said after the game. “That is a very good football team. They are physical and got off of blocks. We wanted to establish the fullback, but they took him away. I’m disappointed but not frustrated.”

Despite giving up 24 points, Monken was happy with his team’s defensive effort.

“Our defense played hard,” he said. “Most of the game it was a one-score game. When they blocked the punt, which I’m embarrassed about, we had that goal-line stand. We played well. It just wasn’t enough.”