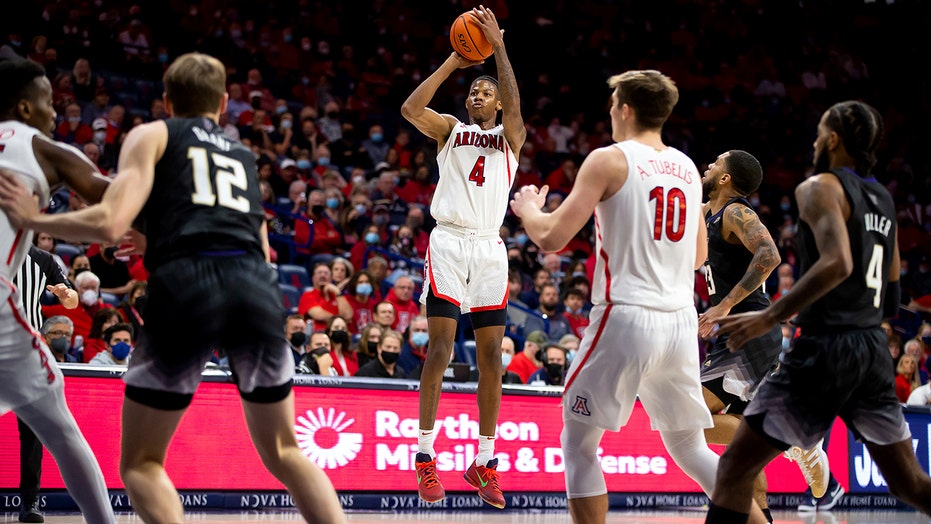 The Wildcats were a bit shaky at taking care of the ball for the second straight game, though, with 21 turnovers that Washington converted into 25 points and allowed them to hang around despite struggling from the perimeter.

Washington (5-6, 0-1) had played two games since Nov. 27 because of COVID-19 issues before Monday, including its own pause that led to the postponement of a Dec. 2 game at Arizona.

Terrell Brown Jr. had a nice night against his former team, scoring 28 points in the arena where he played last season. Emmitt Matthews Jr. added 16 points, but the rest of the Huskies had a hard time finding the mark, finishing 7 for 24 from the 3-point arc.

Arizona hadn't played since its first loss of the season, 77-73 at No. 18 Tennessee on Dec. 18. The Wildcats were supposed to play No. 7 USC and No. 5 UCLA last week, but those were postponed due to COVID-19 issues with both programs.

The time off didn't seem to bother the shooting form of the nation's top-scoring team. Arizona had a good offensive flow going early, getting out in transition and working the ball around Washington's zone for open looks. The Wildcats used a 13-0 run to go up 24-10 and kept making shots, including Mathurin's highlight-reel windmill dunk in transition.

Arizona shot 17 of 28 and made eight 3-pointers in the first half.

The one shaky area: turnovers. The Wildcats had 17 in the loss to Tennessee, in large part because of the Vols' relentless pressure.

The 10 first-half turnovers against Washington were mostly self-inflicted, many on passes into congested areas. The Huskies scored 17 points off turnovers to stay within 49-41 at halftime.

Arizona continued to throw careless passes that were easily picked off and didn't shoot quite as well in the second half, allowing Washington to linger. Matthews hit a corner 3-pointer off an offensive rebound to pull the Huskies within 72-65, but that was the closest they'd get.

Koloko dunked over Matthews for a three-point play on an alley-oop from Mathurin, then Mathurin made it 85-72 with a 3-pointer from the wing with 4 1/2 minutes left.

Washington created some problems for the Wildcats with quick hands on defense, but had another shy shooting performance in a season that's been filled with them.

Arizona was superb at working the ball around to its shooters again. The Wildcats just need to stop giving the ball to the other team.

Washington: Plays at Utah on Thursday.