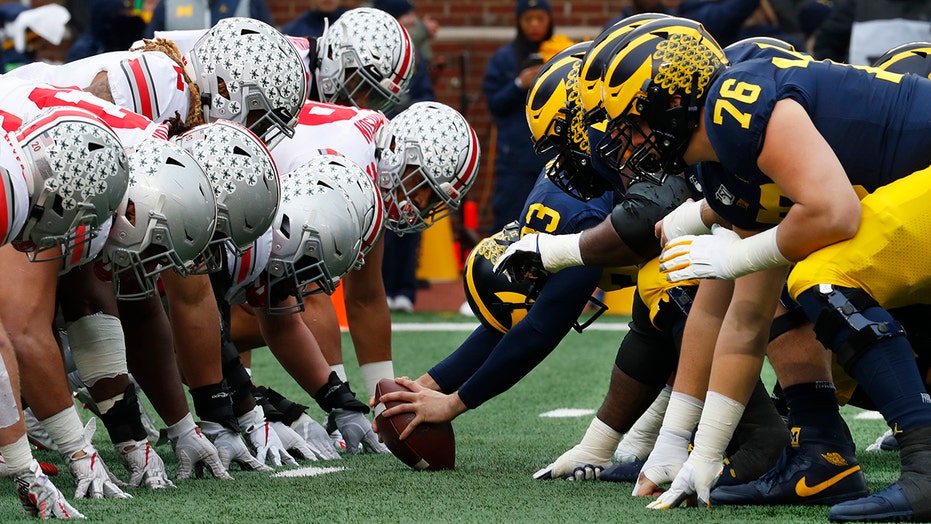 No. 6 Ohio State, No. 10 Penn State and No. 14 Oregon returned to The Associated Press college football poll on Sunday, weeks before they start playing, creating a Top 25 as unusual as this season.

The rest of the rankings was rattled by the Big Ten, Pac-12, Mountain West and Mid-American conferences reversing course and deciding to play fall football after initially postponing because of COVID-19 concerns.

None will kick off until late October at the earliest, but the AP decided all FBS teams planning to play in the fall would be eligible for inclusion in the Top 25.

Most voters put the most highly regarded teams from those late-arriving conferences back into their rankings, but not all did. A few stuck with only teams currently playing.

Further complicating voters' task this week: Two top-10 teams lost to unranked teams at home Saturday. No. 3 Oklahoma blew a big lead and fell to Kansas State. No. 6 and defending national champion LSU was upset by Mississippi State in coach Mike Leach's debut with the Bulldogs.

“I write my ballot out by hand in the same notepad every week,” said Matt Baker of the Tampa Bay Times. “I’ve never crossed so many teams out as I did today. It looks like something my 3-year-old would have done, just in black pen instead of crayon."

Back at the top, Florida moved up two spots to No. 3, Georgia held on at No. 4 and Notre Dame benefitted from the upsets by moving up to No. 5 without playing. As a reminder that this season is anything but normal, the Fighting Irish were idle this weekend because of COVID-19 issues and won't play next week either.

Then came the Buckeyes, who received four first-place votes. Ohio State is loaded and was a close No. 2 to Clemson in the preseason poll.

Still, 11 voters did not have the Buckeyes on their ballots, deciding to rank only the teams that have played.

“I actually changed my opinion on this and decided to only vote for teams that have played.” said Brett McMurphy of Stadium. “Once a team has played a game I will consider them. Some of these 0-0 teams are obviously better (on paper anyway) than the teams I ranked, but until they play a game I won’t rank them. At the end of the year, I will rank the best 25 teams — with no bias whether they played 7, 8 or 10 games.”

Others jumped right in with some adjustments.

“My rationale, such as it may be, was that I had voted for SEC teams the past few weeks before they played,” said Chuck Carlton of the Dallas Morning News. “To be consistent, had to vote for teams in the conferences starting next month. That said, most of those schools are down somewhat from where I had them in the preseason polls, simply because other teams have a body of work now.”

Not every voter struggled with this week's ballot.

“Honestly, it wasn’t too difficult,” said Nathan Baird of Cleveland.com. “I referred back to my preseason research as a baseline, but that was already a factor as I voted for SEC teams the past few weeks. Where I ranked teams previously, especially at the bottom of those polls, was irrelevant.”

This is unlikely to get easier, though.

No Power Five team has played more than three games so far, but by the time Ohio State is scheduled to play its first game, Clemson might have played five times.

Where did the rest of the Big Ten and Pac-12 come back in the poll compared with where they were in the preseason?

— No. 10 Penn State fell three spots from its preseason ranking of No. 7.

MOVIN' UP AND MOVIN' OUT

Not surprising, but there was a lot of movement in the poll. Clemson, Alabama and Georgia were the only teams to hold their spots from last week.

The only big move up for the previously ranked teams was Miami, which jumped four spots to No. 8.

Army, Kentucky and Louisville all lost their games against other ranked teams and slipped out of the Top 25. That helped clear some space for re-entering Big Ten and Pac-12 teams.

Louisiana-Lafayette and Virginia Tech were bumped out of the rankings after winning on Saturday, and Marshall got nudged out without playing.

No. 13 Texas A&M at No. 2 Alabama. Aggies couldn't get their offense going against Vanderbilt. It better in Tuscaloosa.

No. 7 Auburn at No. 4 Georgia. The Bulldogs had their own offensive issues in the opener and Auburn is no Arkansas.