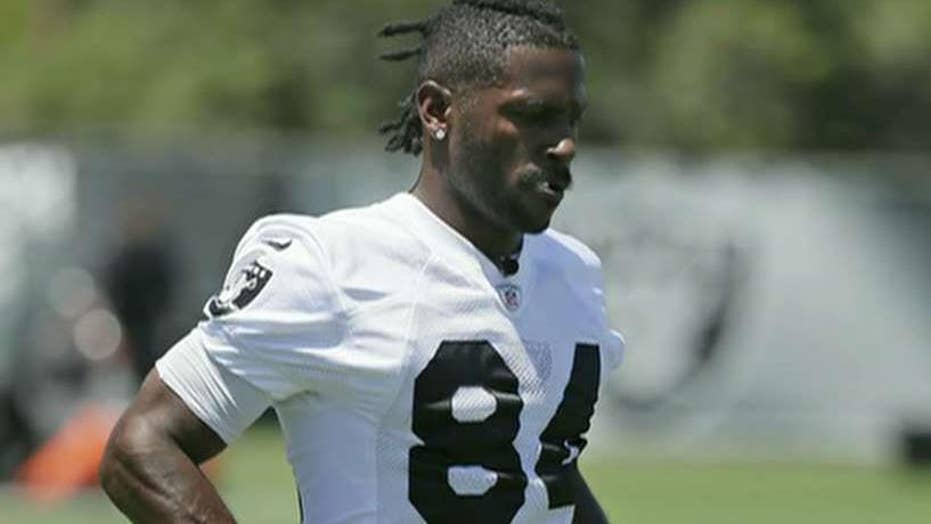 New England reportedly signed Antonio Brown for the 2019 season after the receiver received his release from the Oakland Raiders.

Now that the Antonio Brown drama may have concluded - with his release from the Raiders and quick decision to sign with the New England Patriots - reports suggest social media consultants helped facilitate his antics that let him reach free agency.

"Antonio Brown during the week actually sought advice from social media consultants on how he could accelerate his release from the Raiders," ESPN's Chris Mortensen reported on Sunday. "This all started with him releasing the letter from Mike Mayock that he was being fined."

"He put that out on social media, which led to the confrontation" with Mayock, the Raiders' general manager, Mortensen added.

After speaking with consultants, his first plan of action was posting his Instagram story this past Wednesday, showing a letter from Mayock detailing how the receiver was fined roughly $14,000 for skipping the team's walkthrough on Aug. 22, according to reports.

Following the letter post, he uploaded a professional-level video on YouTube that seemed to include a recorded conversation with Raiders head coach Jon Gruden.

In the video's description, Brown wrote: "I am Antonio Brown, the person, who paved a way for himself to be in charge of his own life. Free me!"

The Raiders, in return, fined him -- which let the team void over $29 million in guarantees over the next two years if he wasn't on the team. Brown later requested his release from the team -- in another social media post.

After hearing of his release, Brown posted another video in which he yelled "free!" to the camera and ran outside while flapping his arms like an eagle.

The ESPN report would confirm what many analysts have suspected over the past week, that his social media antics were orchestrated to expedite his release from the Raiders. He most likely will need to cease his social media efforts going forward under the watchful eye of no-nonsense Patriots head coach Bill Belichick, the analysts said.

Antonio Brown still isn't part of the Patriots yet and won't be around the team until he officially signs on Monday. He may need to buy a ticket, however, to watch the contest between his old team, the Pittsburgh Steelers and New England Patriots on Sunday night, according to an NBC report.