Brown, along with his trainer Glen Holt, was accused of battery by a moving truck driver who was outside the free-agent wide receiver’s home, ESPN reported.

Holt was arrested and charged with one count of burglary and battery.

Brown was not arrested or charged in the incident. However, ESPN reported that police said Brown is a suspect and attempts to make any kind of contact with him were unsuccessful. 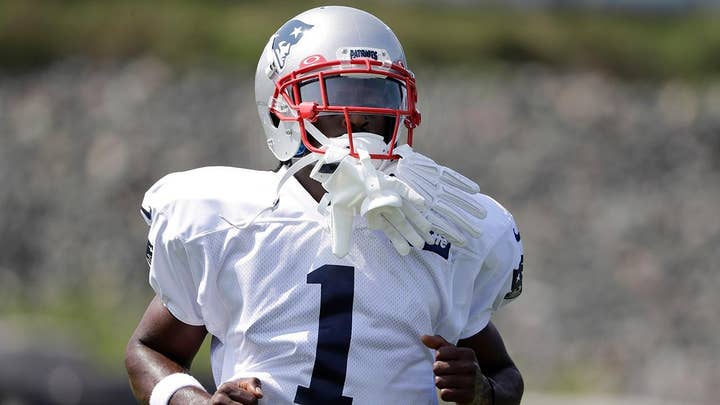 According to TMZ Sports, officers swarmed the home of the free-agent wide receiver who last played for the New England Patriots earlier Tuesday. Police told reporters they tried to speak to Brown but he locked himself in his home and wouldn't talk.

The latest apparent incident came less than a week after the Hollywood Police Department cut ties with Brown following an incident outside his home involving the mother of his children.

ANTONIO BROWN FILMS PROFANITY-LACED TIRADE AT EX-GIRLFRIEND, POLICE IN FRONT OF HIS KIDS OUTSIDE FLORIDA HOME

It was the third domestic incident involving Brown in the last three months, Hollywood police had said. According to CBS Miami, the latest incident -- which included a profanity-laced tirade aimed at officers -- was the last straw; police told Brown he was no longer welcome as a donor and volunteer for the Police Athletic League (PAL). Police returned the unemployed wide receiver’s donation. 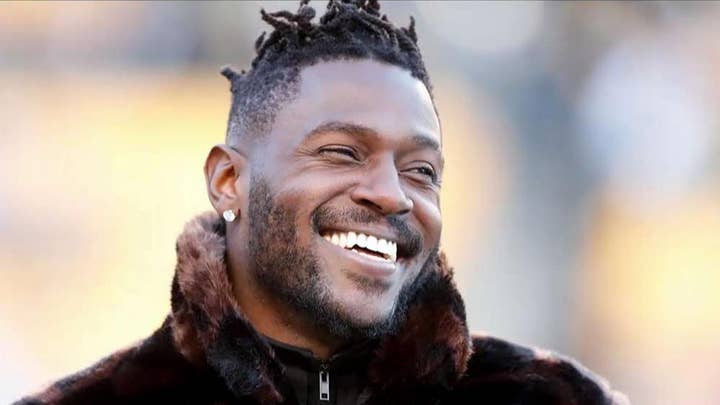 “We made the decision to sever ties between Mr. Brown and the Hollywood Police Athletic League,” public information officer Christian Lata said in a statement. “We did not want our youth to be subject to this type of behavior nor emulate the actions of Mr. Brown.”

Lata said that Brown used profanity in front of his children. Police said Brown’s donation to the 7-on-7 league was returned Jan. 9.

“These incidents have caused an irreparable rift between the Police Department and PAL and Mr. Brown," Lata added.

Brown livestreamed a confrontation with his ex-girlfriend Chelsie Kyriss and Hollywood police outside his home. Brown’s children appeared to be present as the wide receiver yelled profanities at police and Kyriss, accusing her of trying to steal a Bentley that was parked in his driveway after coming to pick up her kids for school.

Brown appears to be focused on his rap career as he faces allegations of sexual assault and rape by two different women.

Brown has not commented on the latest incident.