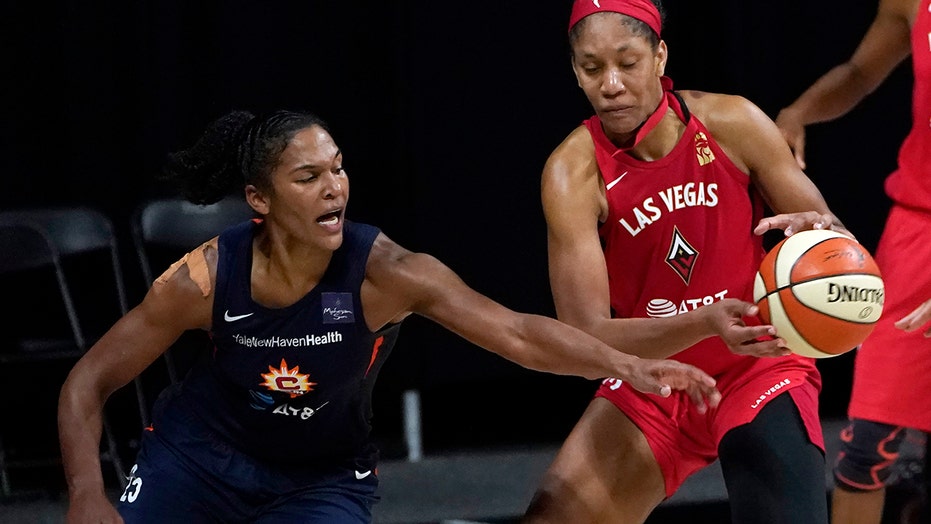 Alyssa Thomas, knocked out of Game 2 two days ago by a dislocated shoulder, made a surprise start and led the Connecticut Sun to a 77-68 victory over the Las Vegas Aces on Thursday night for a 2-1 lead in the best-of-five semifinal series.

Thomas scored 23 points on 10-of-21 shooting and had 12 rebounds. She pushed the Sun to victory in the closing minutes, scoring eight points in the final three minutes, the last basket coming after a steal with 45 seconds remaining for a seven-point edge.

Thomas was injured midway through the first quarter Tuesday night in a loss and was listed as out before her status was changed to questionable Thursday.

Thomas scored 13 points in the first half when the Sun took a 38-32 lead but just two in the third period when the Aces rallied to go up 56-53 heading into the final period.

Brionna Jones had 15 points and 10 rebounds, and DeWanna Bonner 12 points and 10 boards for the Sun. It's the first time in league postseason history a team had three players with double-doubles in points and rebounds. Bonner moved up to 12th in career playoff points, passing Taj McWilliams-Franklin.

A’ja Wilson led the Aces with 20 points and 12 rebounds, and Angel McCoughtry added 16 points. Las Vegas had 15 turnovers to four for the Sun, who won despite going 1 of 11 from 3-point range.

The Sun will try to wrap up the series Sunday.