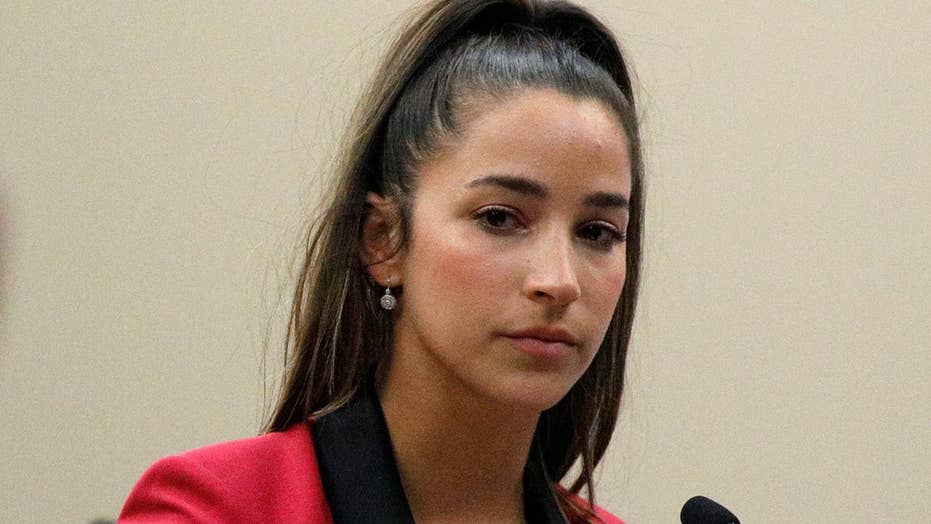 Olympic gymnast Aly Raisman confirmed in a lengthy social media post on Tuesday that she will not be participating in the 2020 Tokyo Olympics.

Raisman posted a typed letter on her Instagram reflecting on her childhood and the journey she took to get to the London and Rio Olympics and what she would tell her younger self.

MEGAN RAPINOE KNOCKS IOC FOR BANNING PROTESTS AT OLYMPICS: 'WE WILL NOT BE SILENCED'

“One of the best things about being a kid is the belief that anything is possible, and that no dream is too big,” Raisman wrote. “I suspect I keep going back to that time because I now know the power of that little girl's dream. I think about what I’d say to her now …

“I would tell her about all the amazing people she will meet along the way, and the success she will have. I envision her eyes lighting up and a smile spreading across her face as she learns she will one day be like those gymnasts she watched on T.V., and that she will inspire some other little girl to cartwheel around her house, dreaming of one day competing at the Olympics. The power of dreams is too big to put into words, but I’d say anyway since it is what makes magic happen. It’s also what will get her through tough times.”

Raisman also shared a video of herself when she was a young gymnast.

She finished her letter, saying “It is this love that fueled my Olympic dreams, and it is this love that now inspires me to do everything I can to make it safer for the many wonderful people in the sport and all the little 8-year-olds out there who will be watching the gymnasts in Tokyo, dreaming of one day making it to the Olympics themselves.”

In 2017, Raisman revealed she was sexually abused by disgraced USA Gymnastics doctor Larry Nassar during the London Games. She confronted her abuser in court when he was on trial and detailed the abuse.

“You were a doctor and trusted by so many, and you took advantage of so many,” she said during the trial. “The effects of your actions are far-reaching, and it’ll haunt survivors for the rest of their lives.”