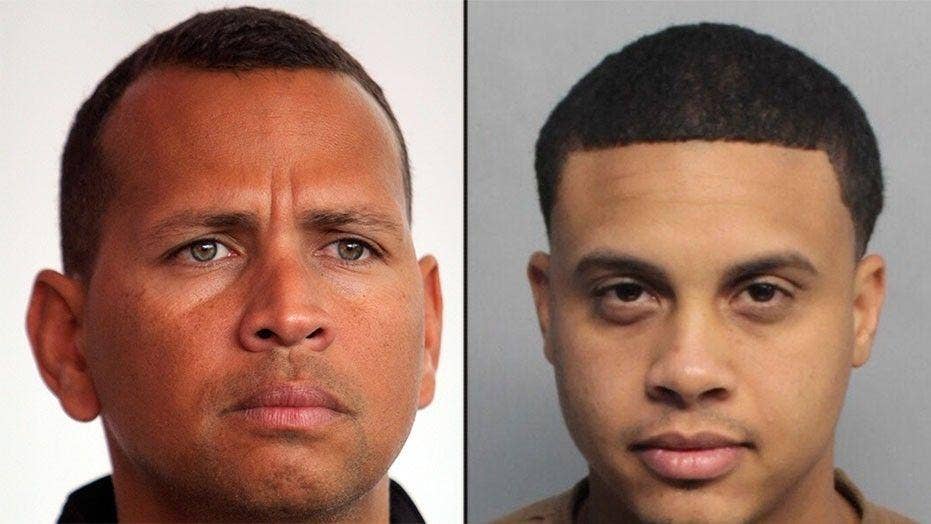 A man who reportedly told police he was Alex Rodriguez’s nephew was kidnapped and held for ransom in a New York City hotel early Thursday after a deal involving two people and a $600,000 Lamborghini went bad.

Gilkes and Vucetovic reportedly drove Susini to the Marriott Marquis, but then demanded Susini return a $35,000 deposit. The men then allegedly held Susini against his will in the hotel room.

Police said the pair proceeded to called Susini’s business partners and demanded a ransom and the car in return for the baseball player. The business partners called police instead, The New York Post reported.

Vucetovic and Gilkes were arrested at the hotel at 3:50 a.m. Thursday, police said. Gilkes was charged with unlawful imprisonment and Vucetovic faces a kidnapping charge.

Susini told police he was Rodriguez's nephew, but a spokesman for the former Yankees player told the New York Post the 29-year-old was the son of Rodriguez’s half-brother Joe’s late girlfriend.

“This guy is 100 percent not Alex’s relative,” a spokesman for the baseball player said.