(Left to Right) Alex Rodriguez, Ryan Braun, Nelson Cruz and Melky Cabrera are among the players whose names have been tied to the clinic. (AP Photos)

NEW YORK – More than 20 professional baseball players, including Alex Rodriguez, Nelson Cruz and Melky Cabrera each face a 100-game suspension after the founder of a Miami anti-aging clinic has agreed to talk to the league about their link to performance-enhancing drugs.

The development was revealed Tuesday night by The Associated Press and ESPN, citing unnamed sources who declined to be identified because the investigation is still ongoing.

“The last thing anybody in a uniform needs right now is another distraction and I am not going to be one,” Rodriguez told the New York Post by phone Tuesday. “I really don’t have anything to say about it.” 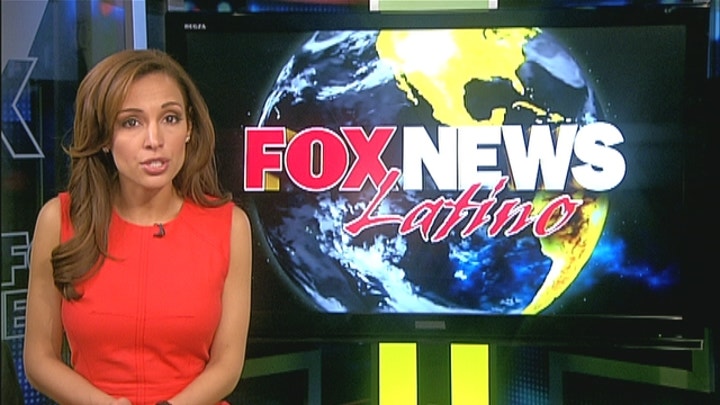 Rodriguez added: “Right now I control my rehab so I’ve been in Tampa working out seven days a week for 31 straight days trying to get back on the field.”

The allegations are that Anthony Bosch provided baseball players who came to the now-closed Biogenesis of America clinic with illegal drugs. Alex Rodriguez, Ryan Braun, Nelson Cruz and Melky Cabrera are among the 20 players whose names have been tied to the clinic.

The agreement between Bosch and MLB was first reported by ESPN. The channel's 'Outside The Lines' show also reports that MLB is looking to suspend Rodriguez, Braun, and other players for up to 100 games each.

Players are typically suspended for 50 games if they test positive for performance enhancing drugs but, citing a confidential source, ESPN reported, the aforementioned players face double punishment for not only their connection to the drugs, but also for apparently lying to MLB officials about their connection to Bosch.

In addition to Rodriguez, New York Yankees teammate Francisco Cervelli also was linked to the clinic. Cervelli said he consulted Biogenesis for a foot injury, but didn't receive any treatment.

"We'll let MLB handle everything and we don't really have a comment," Yankees manager Joe Girardi said after his team's a 4-3 win over Cleveland on Tuesday night.

Girardi said the Yankees were still planning on Rodriguez rejoining the team after the All-Star break. The star third baseman has been on the disabled list all season.

As for the drug cloud that has hovered over baseball for years, Girardi said: "I think we all had hoped we'd gotten through it. But obviously, we haven't."

Yankees outfielder Vernon Wells said it was too soon to draw any conclusions.

"Everything right now is speculative," Wells said. "We can all sit here and wonder."

MLB has sued Biogenesis of America and its operators, accusing them of scheming to provide banned PEDs to players in violation of their contracts.

Yahoo Sports reported that Braun, the 2011 NL MVP, was mentioned in the records.

Most have denied the Biogenesis link, although Rodriguez has admitted using performance-enhancing drugs earlier in his career and Colon and Cabrera each were suspended for 50 games last year for testing positive for elevated testosterone levels.

Braun failed a drug test in 2011, but his suspension was overturned by an arbitrator. He has acknowledged that he was mentioned in Biogenesis records because his lawyers had used Bosch as consultant during the appeal.

After the Brewers' 4-3 win in 10 innings over Oakland at Miller Park, Braun said he was done talking about the clinic.

"I've already addressed everything related to the Miami situation. I addressed it in spring training. I will not make any further statements about it," he said.

"The truth has not changed," he said.

Braun said the speculation was not affecting him on the field.

"No, of course not. I've dealt with this for two years now. I'm pretty good at avoiding distractions," he said.