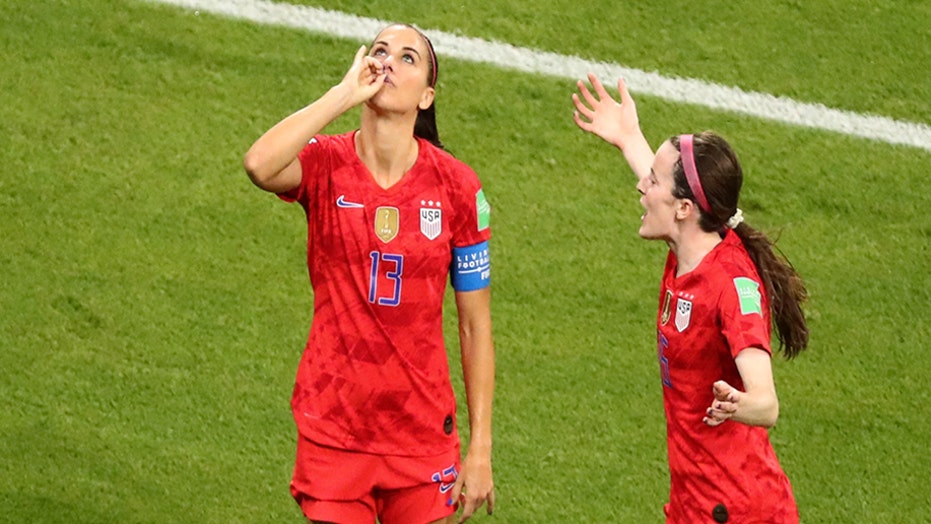 Alex Morgan once famously celebrated a goal against England by pretending to sip a cup of tea.

Now she’ll get to try out the English way of life for real.

“Shall we get the teabags in?" read a post on the official Twitter account of the England Women's team after Tottenham announced the signing of the United States striker on a one-season deal on Saturday.

In a summer of high-profile acquisitions in the Women’s Super League, Tottenham secured the biggest one yet. Indeed, it is likely to go down as the most sensational signing in the history of the women's game in England.

It was in the 2019 finals where she performed the tea-sipping celebration.

She'll have plenty of American company in England, albeit further north.

Morgan joins fellow U.S. internationals Rose Lavelle, Sam Mewis (both Manchester City), Tobin Heath and Christen Press (both Manchester United) in joining clubs in England’s top league in the past few weeks. All of the players are looking to get in peak form ahead of next year’s rescheduled Tokyo Olympics.

The 31-year-old Morgan will play in England for the first time and moves four months after giving birth to her first child, Charlie.

“2020 is the year of the unexpected,” Morgan tweeted to her 3.9 million followers, “but next up — the first stamp on Charlie’s passport.”

She has previously played in Europe on loan at French giant Lyon, where she won the Champions League in 2017, so a move to Tottenham is a step down. Her new team is in its second season in the WSL and drew its first game of the campaign.

Morgan has played for Orlando Pride since 2016.