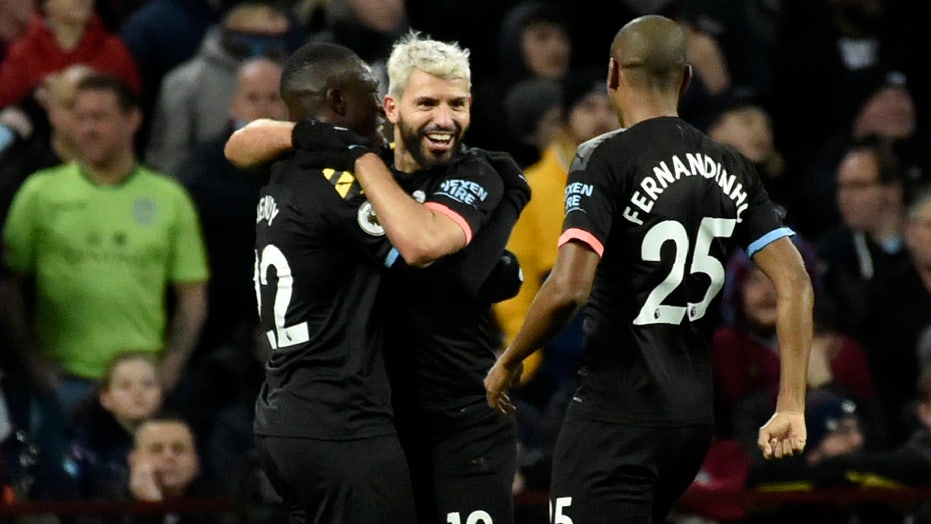 Manchester City striker Sergio Aguero has set the record for most English Premier League goals by a foreign player.

Aguero moved to 177 career EPL goals after scoring a hat trick on Sunday for Man City in a 6-1 win at Aston Villa in his 255th league appearance.

His second goal Sunday took the 31-year-old Argentine past the previous record of 175 in 258 games by former Arsenal forward Thierry Henry. Aguero went on to score a record 12th career hat trick in the Premier League - by any player - breaking a tie with Alan Shearer.

Aguero's first goal of the day, and City's third, was a curling shot from outside the penalty area to move level with Henry. Aguero took the outright record with a charging run through the Villa defense and shot in the 57th. The third goal was the simplest after a Villa defensive error left Mahrez to play Aguero into free space in the center for a calm finish.

Aguero's record is even more impressive given that he only moved to England at age 23 from Atletico Madrid.

Aguero is now tied for fourth in the all-time standings for all players with Frank Lampard. The record is held by Shearer with 260 for Southampton, Blackburn and Newcastle.