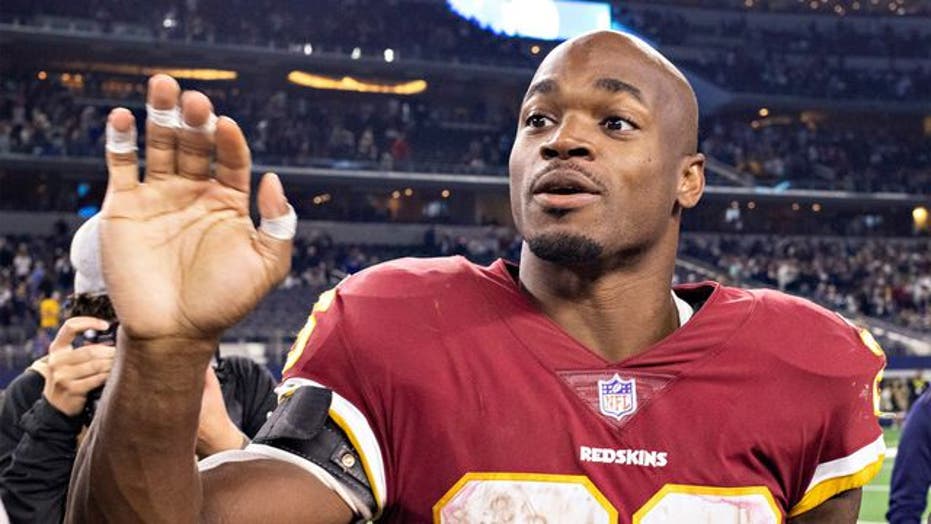 Adrian Peterson has agreed to a one-year contract with the Detroit Lions, a person with knowledge of the deal told The Associated Press.

The person spoke to the AP on condition of anonymity Sunday because the agreement had not been announced. The 35-year-old Peterson was released by Washington on Friday after spending the past two seasons there. He has rushed for 14,216 yards in 13 seasons, mostly with the Minnesota Vikings.

ESPN and the NFL Network also reported the deal.

Peterson is 1,053 yards behind Lions great Barry Sanders for fourth on the career rushing list. At this stage of his career, Peterson may need his workload managed. He did rush for 1,940 yards and 12 touchdowns over two seasons with Washington, playing in 31 games and rebounding nicely after a one-season stop in Arizona.

The days when Sanders roamed the Detroit backfield are long gone. The Lions have struggled recently to develop a consistent running game. Kerryon Johnson showed promise but has dealt with injury problems. He led the team last season with only 403 yards rushing.

Peterson's 898 yards in 2019 would have led the Lions in any of the past six seasons.

"So excited to see @AdrianPeterson coming to the @Lions - It will be great to have you in town," Sanders tweeted.

“If i were to take a picture with him would that be fan boying too much??” he said on his Twitter account.

The Lions open the season against Chicago next weekend. They face Washington on Nov. 15.