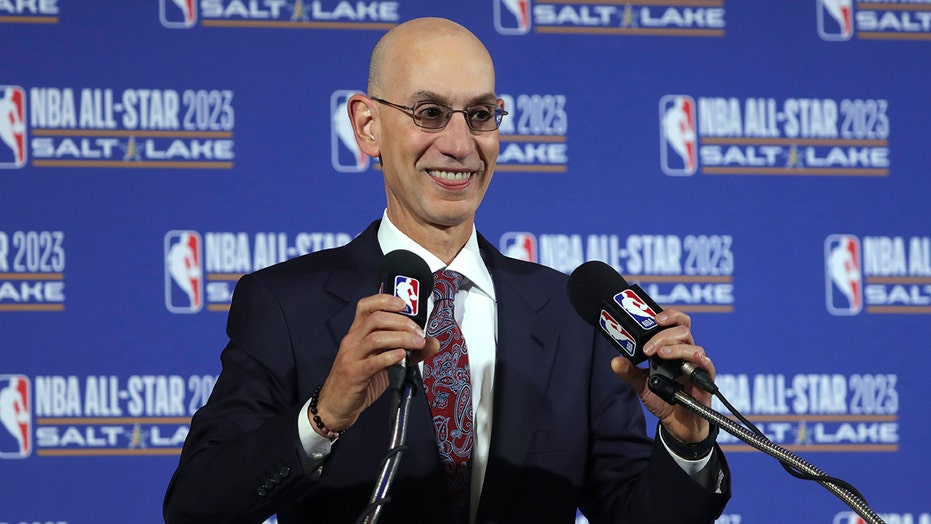 NBA Commissioner Adam Silver addressed the possibility of players kneeling for the national anthem, as well as the restart of the season in an interview with “TIME 100 Talks” on Tuesday.

The NBA, which currently requires its players to stand during the national anthem, will have to deal with the situation if and when a player decides to kneel.

“I don’t disagree with this notion that people come together in a unified way to stand for the national anthem,” Silver said. “I also recognize there are appropriate times for protest. And I also understand that when that line-drawing comes into play, invariably you’re going to upset some faction out there. And at the end of the day, we just sort of have to be true to ourselves, and the values that underly this league. And try to make values-based decisions rather than political ones.”

Silver also touched on the restart of the season, and how the league will respond if the spread of coronavirus continues.

“We have a panel of scientists, doctors, experts that are working with us,” Silver added. “We’re going to see as we go. Certainly, if we have a lot of cases, we’re going to stop. You cannot run from this virus. I am absolutely convinced that it will be safer on this campus than off this campus, because there aren’t many other situations I’m aware of where there’s mass testing of asymptomatic employees. So in some ways, this is maybe a model for how other industries ultimately open.”

The league released its schedule last Friday, and the first set of games will feature Zion Williamson and the New Orleans Pelicans, as well as LeBron James and the Los Angeles Lakers. New Orleans will play in the first game of the resumed NBA season on July 30, taking on Utah in the opener of a doubleheader. And, just as the initial first night of this season-like-none-other did, the second game of the nationally televised twinbill will pit the Lakers against the Los Angeles Clippers.

There will be some very unusual elements, with games starting as early as 1 p.m. on weekdays, 12:30 p.m. on weekends and most nights seeing the slate end with 9 p.m. tip-offs — other than NBA Finals games, an absolute rarity for games being played on the East coast.