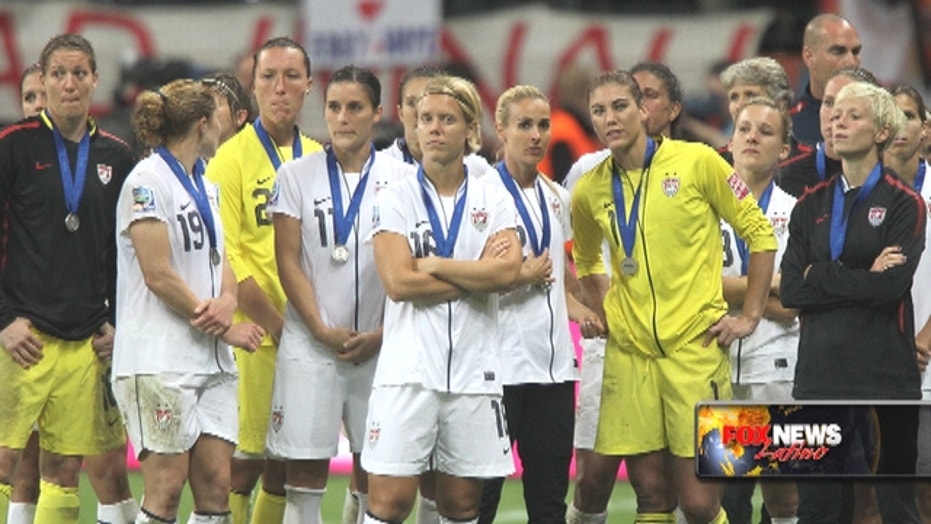 Abby Wambach, Hope Solo and the other members of the women's national soccer team are focused on tasting victory at the Women's World Cup in Canada.

The “world” in Women’s World Cup used to be a small one. Back in the 90s, the U.S. battled just Norway, Sweden, Germany, China and Brazil for global supremacy.

Technically sound and tactically savvy teams crashed the party in 2011, with France taking fourth and Japan winning it all, and today the women's world tournament has expanded to 24 teams.

The favorites this time around include the U.S.; Germany, which underachieved at home in 2011 but draws from a strong domestic league and national development program; France, which shredded Team USA in a February friendly but lost a rematch the next month; defending champion, Japan; host Canada; and Brazil, which is a contender as long as Marta is on the field.

But there are a number of interesting other contenders out there.

A team that is perfectly capable of dominating a game and imposing its will on any opponent. With all-time top scorer Abby Wambach, goalkeeper Hope Solo and others still looking for their first Cup victory, their desire cannot be underestimated.

Carli Lloyd has scored the game-winning goal in the last two Olympic finals, and she's still getting better. You can't talk about the world's best defenders without mentioning Becky Sauerbrunn. And if Megan Rapinoe and Alex Morgan find their health and their form, the offense will be unstoppable.

And yet, there are a number of concerns, chief among them that they’re bringing the oldest team ever to compete in the Women’s World Cup – an average of 29 years, 5 months. Christie Rampone and maybe even Wambach have lost their places in the starting lineup. An experiment of playing Lauren Holiday in a defensive midfield role seems to have failed.

Outlook: Semifinalist. Must get past Sweden, Australia and Nigeria to finish in the top spot in Group D in order to get a decent path to the final. Even then, France or Germany likely await in the semifinals, and they have the skill to pick apart the U.S. midfield.

They have experience (third World Cup, including 2011) and youth (the second-youngest team in the tournament). U.S. fans may choose to forget that Mexico upset Team USA 2-1 in a Cup qualifier in 2010.

Veronica Pérez, who scored the winner in that game, is one of the older players on the team at 27. She is one of several La Tri players who have been tested against international talent in the National Women’s Soccer League.

Roughly half the roster has strong U.S. ties. Experienced pros Pérez, Teresa Noyola, Alina Garciamendez and Bianca Sierra lead a strong contingent from California, but the team reached all the way up to Idaho to find María Sánchez – from the ominously named town of American Falls.

Outlook: Round of 16. Third in Group F behind France and England, though they have the potential to give England fits. A third-place finish would give them a two-thirds chance of advancing, but then they’d face a first-place team from another group, and this Cup will have no weak first-place teams.

Another team that appeared at the 2011 Cup, and another team with U.S. ties. Nataly Arias hails from North Virginia and played college ball at Maryland.

And Colombia is even younger than Mexico – by two months. By FIFA’s accounting, Colombia (average age: 23 years, 8 months) is the youngest team in the competition, followed by Mexico (23 and 10) and then Costa Rica, Ecuador and Nigeria (tied at 23 and 11 each).

Their star is the dazzling young playmaker – and yes, she wears the No. 10 – Yoreli Rincón, who plays professionally in Italy. U.S. fans will also remember Lady Andrade, who was suspended for punching Abby Wambach during a match at the 2012 Olympics.

Colombia, though, has the same problem as Mexico. They’re in Group F with powerhouse France and sturdy England. Advancing to the round of 16 will be difficult – their best shot may be as one of the four third-place teams that will make it through.

Caught a lucky break during qualification. Las Ticas avoided the U.S. by upsetting Mexico in group play, setting up a winner-qualifies semifinal against Trinidad and Tobago. They almost let the opportunity slip away from them, but Dinnia Díaz saved all three shots she faced in the penalty shootout to sew up the country’s first Cup berth.

Other Costa Rican players to watch are veteran playmaker Shirley Cruz, who got to the UEFA Women’s Champions League final last month with Paris Saint-Germain, and youngster Gloriana Villalobos, who at 15 years, 10 months will become the youngest player ever to take the field in a World Cup – men’s or women’s – if she plays.

Costa Rica also got placed in a moderately difficult group with perennial contender Brazil, sharp newcomer Spain and South Korea, which held Team USA to a 0-0 draw in a May tune-up.

Outlook: Three and out. Another murderous draw.

A young team with a young coach, Vanessa Arauz, who is only 26. They qualified for Canada the long way around, squeaking through South American qualifiers in third place and taking a 1-0 win on the road at Trinidad and Tobago.

Aside from Mariela Jácome, from Kinderhook, N.Y., who will be in her second year at St. John’s in the fall, the squad is drawn almost entirely from the country’s little-known domestic league.

The odds may be stacked against Ecuador, but their group isn’t. Apart from defending champion Japan, they play fellow first-timers Switzerland and Cameroon.

Outlook: Three and out is most likely, but Ecuador-Cameroon may be the least predictable game of the group stage, and the winner will have a chance as a third-place team.

Even though they are World Cup first-timers, the team has an offensive force U.S. fans know well – Veronica Boquete, who is know simply as “Vero.” She’s 28 but has traveled the world to play professionally, with several stops in the U.S. and Europe. She played for the winning side, Frankfurt, in the UEFA Women’s Champions League.

Outlook: Round of 16. Should take second in Group E behind Brazil, though South Korea will be tough and Costa Rica isn’t a sure win. But second gets them a Round of 16 date with the Group F winner, likely France.

Group stage matches to mark on the calendar:

June 6, 6 p.m.: Canada vs. China – the opener and a good chance to see if the hosts are healthy and in good form.