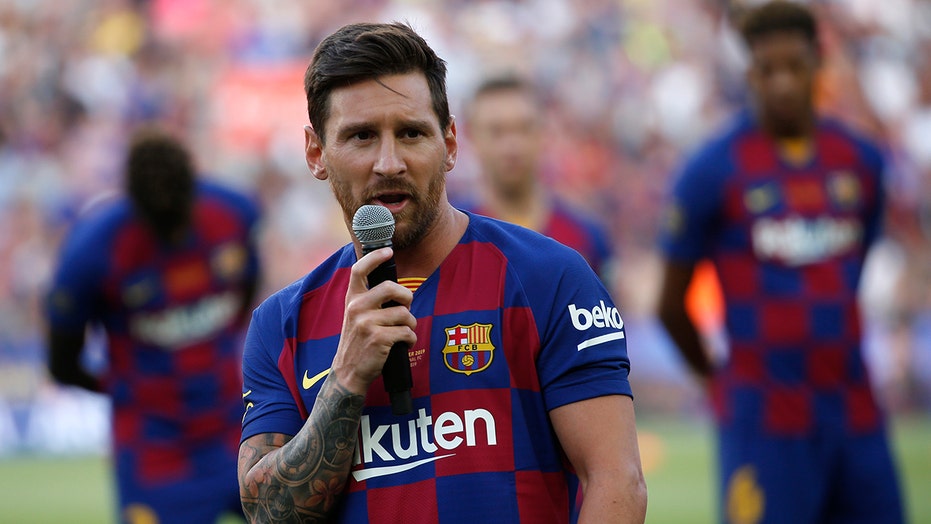 When the coronavirus gripped Europe in early April, the prospect of professional soccer resuming this season felt unfeasible and even unethical.

Yet, over the next seven days, the sport will make its return in three powerhouse countries that were among the hardest hit by the pandemic — Italy, Spain and England.

This will be soccer in a very different form, though, as already demonstrated in countries like Germany, Denmark and Poland, which were among the first to restart.

With spectators not allowed in stadiums, Zoom walls and cardboard cutouts have replaced fans in the stands. A swab test for COVID-19 is as much part of the pre-match routine for players as stretching their muscles. Artificial crowd noise is now the soundtrack for matches for TV viewers, with soccer now essentially an armchair sport for the next few months.

So when the Spanish league resumes on Thursday after a three-month suspension with a match between Andalusian rivals Sevilla and Real Betis, what is usually one of the most colorful and passionate derbies in soccer will likely lose some of its appeal.

Italian soccer restarts the following day with a semifinal match in the Coppa Italia between Juventus and AC Milan, two of the most storied clubs in Europe, in an empty stadium.

Then, on June 17, the most lucrative and popular league in the world — the English Premier League — is back with two games, including Manchester City against Arsenal. This despite many schools still being closed, incoming passengers at airports being asked to quarantine for two weeks, and many deaths still being reported each day.

It will be sanitized and soulless, but soccer will still be back.

“We’re nearly there … and I can’t wait,” said Inter Milan midfielder Antonio Candreva, whose team plays in the cup on Saturday against Napoli. “The green grass, my teammates, the emotions that only this sport gives us."

Ronan Evain, the director at the Football Supporters Europe network that has members in 48 countries around the continent, said there hasn't been a widespread desire for soccer’s return among match-going fans.

“Southern European countries feel very strongly against it,” Evain told The Associated Press. “There’s a feeling that it’s somehow rushed, it lacks decency in countries that have been seriously hit by the virus, and that football behind closed doors is not football.

“So it is very rejected in countries like Spain, Italy, Portugal and France, and more accepted in England and the Scandinavian countries. In England, for example, there is a stronger acceptance of the economic argument that football needs to return to remain financially sustainable.”

Evain lives in France, where all levels of the game were called off for the season on April 28 after the government banned sports events until September. Leagues in the Netherlands and Belgium had already made that move, while Scotland would do it later.

“Maybe some TV fans were upset to not be able to watch football,” Evian said of the situation in France, “but the vast, vast majority of match-going fans supported the fact that the government decided to bring an end to the season. There was also the same feeling among players.”

The first major soccer country to get back playing was Germany — much to the chagrin of some “ultras” among the fan base of clubs who were against games without spectators — and it invariably acted as a test case for other European leagues.

There was strict testing of players and officials — no positive cases have been announced among the first-division clubs since the first ball was kicked on May 16 — and some creative thinking to introduce atmosphere in stadiums. Fears about gatherings outside stadiums have abated.

Soccer’s return has widely been viewed as a success, albeit in a nation which wasn’t hit as hard as many others by the virus outbreak because of its greater testing capacity.

In Spain, where on June 1 no official deaths from the coronavirus were reported in a 24-hour period for the first time since March, league president Javier Tebas hasn’t ruled out the return of fans to stadiums provided the measure is cleared by health authorities.

Until then, fans will be able to either watch the original feed from the empty stadiums or an alternative one with crowds superimposed on the stands and pre-recorded chants from supporters, similar to video games. New camera angles can be used in positions which would previously have affected fans.

In Italy, several groups of ultras have voiced opposition to restarting without fans. There also is some concern about a 14-day quarantine rule in training camps that applies to a whole team if one person tests positive.

Italian teams have 12 or 13 matches still to play, more than any of the other leagues.

There appears to have been more obstacles to the restart among clubs with differing agendas in the Premier League, where more money is at stake than anywhere else because of huge domestic and international broadcasting deals.

Britain is also behind its European rivals in shaking off the virus, leading to some players voicing their concerns that a return to play is coming too early.

For Liverpool and its fans, the resumption cannot come soon enough as the team closes in on its first title since 1990, even if supporters won’t be allowed in stadiums to celebrate the big moment.

“A big part of me is just relieved the season will be finished properly and fairly,” said Liverpool fan Steve Jones, a regular at games at Anfield. “We’ve waited 30 years for this so we can hang on an extra few months or however long we need to for the party.”