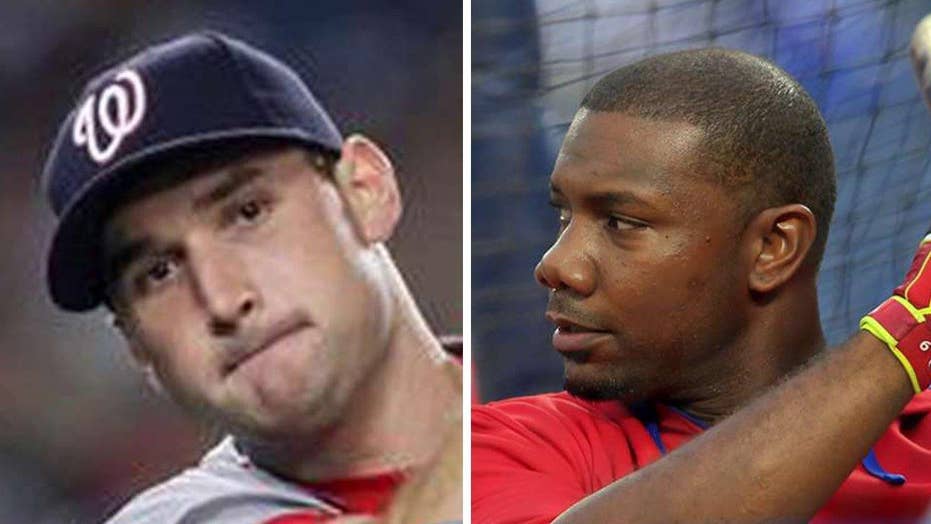 Two Major League Baseball players have filed defamation lawsuits against Al-Jazeera America over statements made in a documentary about performance-enhancing drugs in sports.

Ryan Zimmerman of the Washington Nationals and Ryan Howard of the Philadelphia Phillies filed the suits Tuesday in U.S. District Court in Washington. The suits refer to the documentary "The Dark Side: Secrets of Sports Doping," which Al-Jazeera America broadcast Dec. 27.

The suit alleges that Charles Sly, a pharmacist who appeared in the documentary, made false statements when he said Zimmerman and Howard both took a human growth hormone.

Each suit seeks an unspecified amount in damages.

A spokeswoman for Al-Jazeera America says the network will not comment.