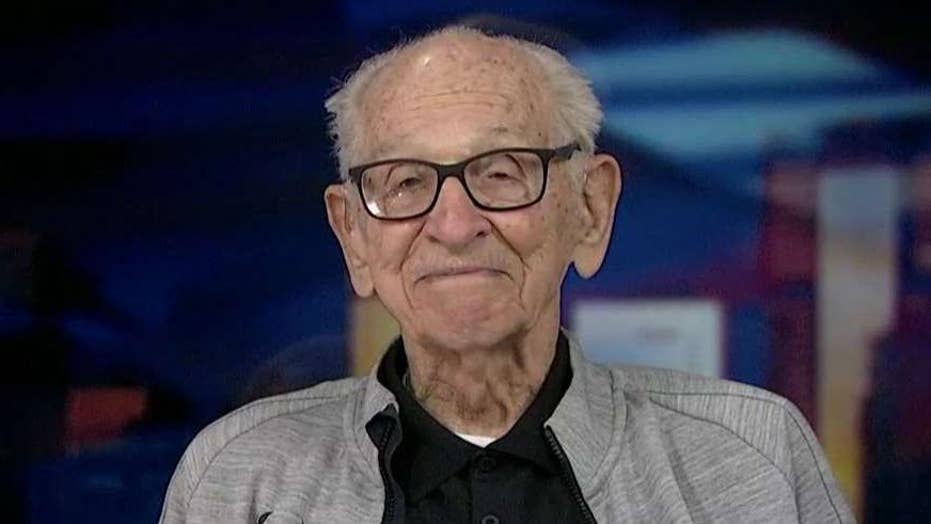 Centenarian and WWII veteran opens up about running and the secret to living to 100.

A 100-year-old Texas man says he's on “the top of the world” after breaking five world running records for his age group during a championship meet in Maryland last weekend.

Orville Rogers, a Dallas resident who trained bomber pilots during World War II, is proof age is just a number after his record-setting performances at the USATF Master Indoor Track and Field Championships.

“I have a total of 18 world records and I’m very grateful that God has blessed me with the ability and the motivation to run well,” Rogers told Fox & Friends Tuesday.

The centenarian entered his first race when he was 90. He competes in the 100 to 104 age group.

Rogers explained his secret for living to 100.

“I’m a Christian and God promises a long life,” he said. “I have a wonderful wife who died 10 years ago. I have a great family. I have lots of friends and I keep active mentally, physically and spiritually.”

The USATF posted video of Rogers, in a blue top, setting a new world age group record in the 60-meter dash with a time of 19.13 seconds.

Rogers said during the Korean War he flew the biggest airplane in the world, the B-36 strategic bomber.

“We had 16 crew members and 16 20-millimeter canons on each airplane for defense and we had a capability and we had the responsibility to retaliate against Russia if war had been declared,” he said.