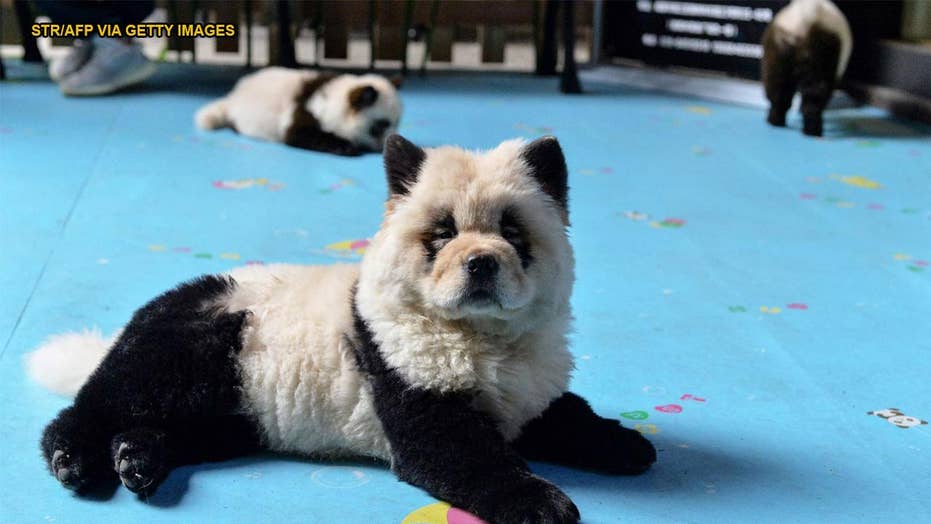 A team of researchers has tried to create a new and more accurate way to determine your pet's age in 'dog years.' The new equation, which does not multiply a dog's actual age by seven, is based on a DNA process.

Working out your pet's age in "dog years" simply by multiplying it by seven is actually a myth.

This doesn't stop people from estimating the equivalent human age of their beloved pets though, so a team of researchers has tried to create a new and more accurate way to determine the answer.

The new formula is based on changes to DNA over time and took a lot of scientific research to create.

You'll need a special type of calculator to work out the equation, which you can find here.

First, type your dog's age into the calculator, press enter and then multiply the number you get by 16.

Next, add 31 and you have your supposedly new and improved human-dog age answer.

The method is based on a bodily process called methylation.

As both humans and dogs age, methyl groups are added to our DNA molecules, which can change the activity of a DNA segment without altering the DNA.

It's an essential part of normal development and works to repress sudden ageing and the formation of cancerous cells.

DNA methylation is currently regarded by many scientists as the best way to measure the ageing speed of a mammal, or what some scientists refer to as the epigenetic clock.

Geneticists Tina Wang and Trey Ideker from the University of California San Diego decided to use this method to compare the epigenetic clocks of dogs and humans.

Their team had to overcome the issue that the lifespan of a dog can vary greatly depending on size and breed.

Some large breeds only have a life expectancy of around seven years, whereas little dogs like chihuahuas can live for around 18 years or more.

Despite this, all dogs do exhibit some similar development features.

The team decided to base the study on Labradors.

They compared blood methylation profiles from the dogs to the blood of 320 humans aged between one and 103 years, as well as those of 133 mice.

"Comparison with human methylomes reveals a nonlinear relationship which translates dog to human years, aligns the timing of major physiological milestones between the two species, and extends to mice."

Similarities were found to be greatest when young dogs and young humans were compared as well as old dogs and older humans.

Then it was concluded that the formula for working out the human age of a dog is human_age = 16ln(dog_age) + 31.

This equation also implies that nine months for a human is around seven weeks for a dog.

However, some milestones like puberty and sexual maturity didn't really match up as dogs reach these a lot quicker than humans.

The formula also doesn't fully address the fact different dog breeds age at different speeds but the scientists still consider it to be more accurate than the old multiply by seven method.

This research has been published on bioRxiv.