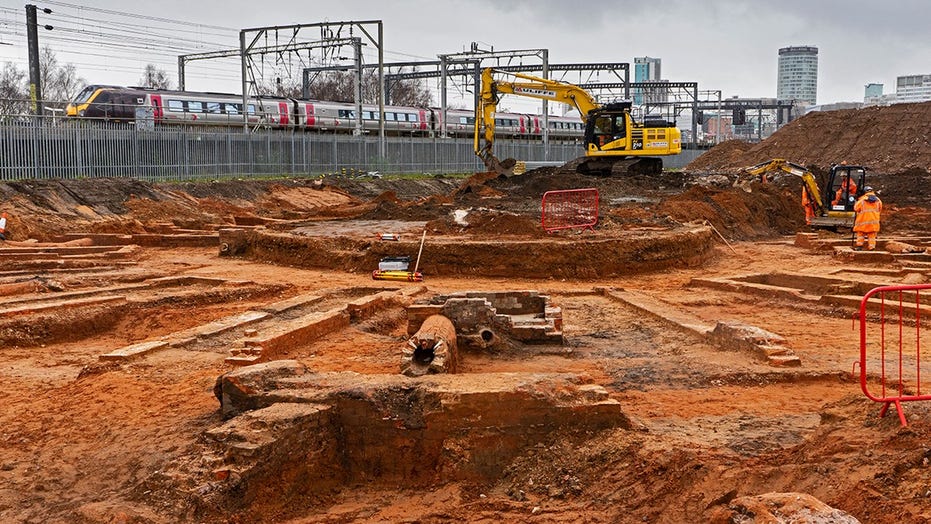 A 19th-century railway turntable, which is believed to be the world’s oldest, has been discovered in Birmingham, England.

The remains of the roundhouse were found near Curzon Street railway station in Birmingham as part of construction for the U.K.’s HS2 high-speed railway link. The discovery is likely the world’s oldest railway turntable, according to HS2.

“The roundhouse was situated adjacent to the old Curzon Street station, which was the first railway terminus serving the centre of Birmingham and built during a period of great significance and growth for the city,” said HS2, in a statement. “Built to a design by the 19th century engineer Robert Stephenson, the roundhouse was operational on 12 November 1837 – meaning the recently discovered building is likely to predate the current titleholder of ‘world’s oldest’ in Derby by almost two years.”

The base of the central turntable was discovered, along with an exterior wall and 3ft deep inspection pits that surrounded the turntable, according to HS2.

The railway turntable was discovered in Birmingham, England. (HS2)

HS2, which is building the rail line from London to Birmingham, has made a number of discoveries as part of the massive construction project.

Last year the long-lost remains of Captain Matthew Flinders, the explorer credited with giving Australia its name, were discovered in London.

Experts uncovered the grave of the celebrated Royal Navy captain as part of an archaeological dig prior to construction work for the HS2 project. Flinders’ remains were found in St. James’ burial ground near Euston Station in Central London.