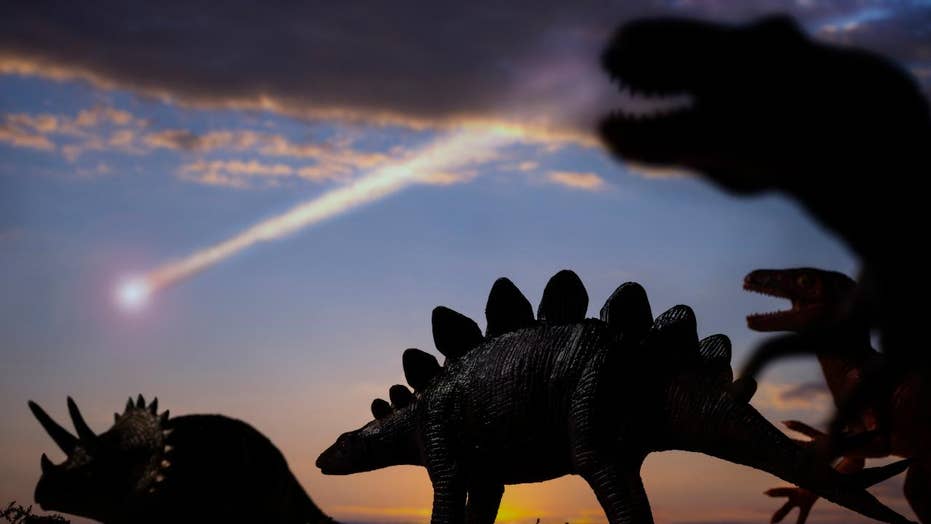 The mass extinction event that killed the dinosaurs is commonly thought to have been triggered by a massive asteroid that struck the Earth 66 million years ago. However, a pair of new studies believe that a huge volcanic eruption may have also played a role in the dino demise.

Both studies, published in Science, look at the connection between the impact on the Yucatan Penninsula in Mexico which may have triggered volcanic eruptions in India. In one paper, they were able to determine precise dates for the eruptions, noting the "million-year sequence of eruptions" sent lava hundreds of miles across India, creating the Deccan Traps flood basalts.

"Now that we have dated Deccan Traps lava flows in more and different locations, we see that the transition seems to be the same everywhere,"  UC Berkely Professor-in-residence Paul Renne, in a statement. "I would say, with pretty high confidence, that the eruptions occurred within 50,000 years, and maybe 30,000 years, of the impact, which means they were synchronous within the margin of error."

"That is an important validation of the hypothesis that the impact renewed lava flows," Renne added.

The dinosaur footprint/Apatosaurus, a type of sauropod (© The Hunterian, University of Glasgow/iStock/Warpaintcobra)

Perhaps even more startling is that three-quarters of the lava flow erupted after the impact, whereas previous studies said about 80 percent of the lava came before the impact.

The researchers were able to use the argon-argon dating method to measure the rocks to determine when the rocks were from, building off previous research. Using the new method, they were able to pinpoint a date of 66,052,000 years ago, "give or take 8,000 years."

Assuming the majority of the lava came out after impact, the gases that entered the atmosphere likely trickled out for a lengthy period of time, similar to what is seen with Mt. Etna in Italy and Popocatepetl in Mexico.

"We are suggesting that it is very likely that a lot of the gases that come from magma systems precede eruptions; they don't necessarily correlate with eruptions," Renne said. In the case of the K-Pg extinction, the symptoms of significant climate change occurred before the peak in volcanic eruptions.

Courtney Sprain, the lead author on one of the studies, said the findings change the role the Deccan Traps had in the K-Pg extinction, also known as the extinction that occurred at the end of the Cretaceous Period.

"Either the Deccan eruptions did not play a role — which we think unlikely — or a lot of climate-modifying gases were erupted during the lowest volume pulse of the eruptions," Sprain said in the same statement.

A study published in January said the impact of the asteroid caused a worldwide tsunami that reached more than 5,000 feet in the air.