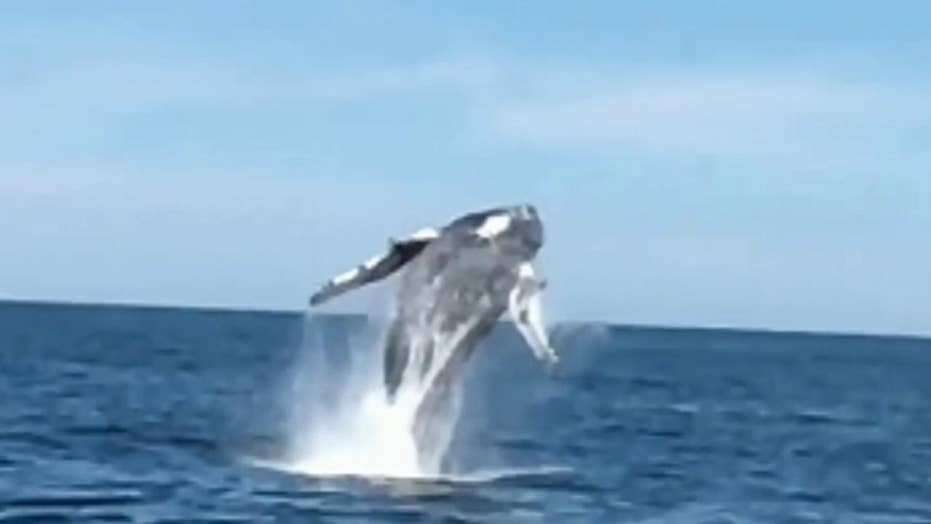 Whale breaches off the coast of Long Branch, NJ

Raw slow motion video of whale leaping from the water.

Captain Mike Formichella was getting ready to pack up his fishing gear last week when he spotted a huge shadow in the water. Seconds later, a huge whale breached just feet away from his boat.

"Fishing was tough today. No trolling = no fish (for now)- couple swipes at live bait, but that's it - but ... this made my day," Formichella, who works at Shark Inlet Charters in Belmar, captioned a Facebook video of the breathtaking display on May 21.

The 50-second slow motion video, which showcased the whale's impressive 360-degree twist outside of the water, has received more than 17,000 views as of Tuesday evening.

Locals couldn't help but marvel at the sight.

"WOW that was a big one (nice show)," one Facebook user commented.

"Man I want to see this so badly," another chimed in.

"Thats insane! Made mine and the boys day! The boys saw it too! They loved it! SO awesome!" one woman echoed.

Formichella said he was just miles away from Long Branch Beach, sitting in "65 feet of water," when he spotted the sea creature.

In New Jersey, whale watching season is just getting started.

While Formichella didn't specify which type of whale it was, many believe it was a humpback, which typically feed in cold, shallow waters where food is plentiful.

"Feeding has been documented in New Jersey waters and individuals have been observed close to the shoreline, including within Delaware Bay," nonprofit Conserve Wildlife Foundation explains on its website. "Surveys are currently being conducted off the New Jersey coastline in order to determine where whales are located, how many individuals are there, and during what time of year."