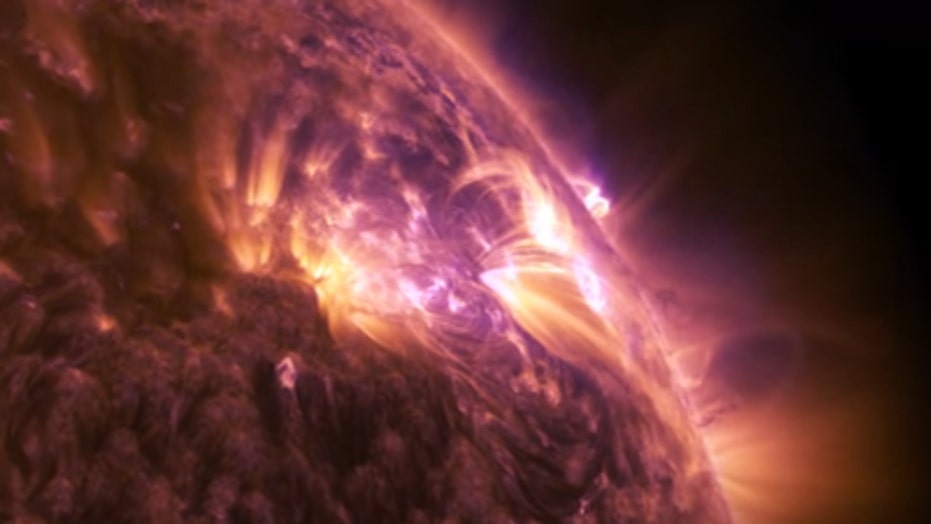 NASA has released an awe-inspiring video of a solar flare that erupted on the sun on April 17. The video shows a bright, strobe-like flash on the sun’s right side, which the space agency said was a “mid-level” solar flare.

The solar storm was captured by a NASA craft called the Solar Dynamics Observatory, which was launched in 2010.

Because it was recorded in ultraviolet light, the video has been color-coded, NASA said. Solar flares and their radiation can disrupt communications, but according to NASA, this one “only caused brief radio blackouts.”

The Solar Dynamics Observatory said that this region of the sun had so far only displayed minor flares, and that the arches in the footage after the flare is the sun’s “magnetic field reorganizing itself.”

The sun's most intense flares, called “X-class," are ten times bigger than "M-class" flares, which this one was, NASA said.