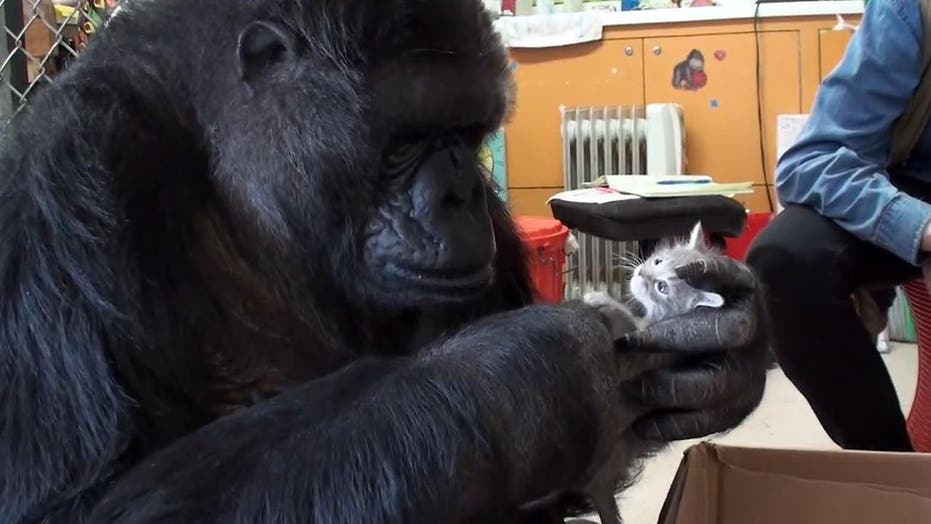 It’s a video that could warm even the coldest of hearts - Koko the gorilla, famous for her knowledge of sign language, stroking and cuddling a pair of adorable kittens.

The 44-year old gorilla, who has no babies, has adopted the kittens, as shown in a heartwarming video posted to YouTube this week. The video shows Koko meeting a litter of kittens and gently stroking one of her new feline friends, named Ms. Gray.

“Koko got her birthday wish this July 4th — not only did one kitten come to visit, but a whole litter,” explains Kokoflix, in a YouTube post accompanying the video. “Koko fell in love with one, and the other fell in love with her. Koko has adopted these two kittens into her family, and it has energized her world.”

Kokoflix notes that, in addition to Koko’s maternal and play instincts kicking in, the gorilla is also signing more to her own caregivers.

Koko has had kittens as pets before – her first kitten, named All Ball, was struck by a car and killed after escaping from the gorilla’s cage in 1984.

The gorilla, who is supported by the Gorilla Foundation, lives in Redwood City, Calif.

Koko and her kittens will feature in a BBC documentary scheduled for release in early 2016.